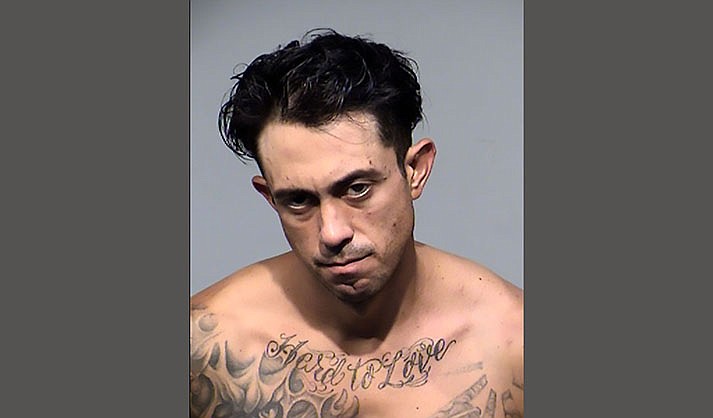 CLARKDALE – A man barricaded himself in a Centerville home Monday after being accused of hitting his ex-girlfriend, resulting in an hour-long standoff with Clarkdale Police.

Joshua C. Germain, 32, of Cottonwood, was eventually arrested and charged with aggravated assault and kidnapping related to domestic violence.

Germain allegedly hit the woman during an argument and initially would not let her leave a storage facility. Afterward, she went to Verde Valley Medical Center for treatment. The medical staff notified Clarkdale Police of the incident.

According to Clarkdale Police, officers found Germain outside a residence in the Centerville neighborhood, but “he fled into the house with two other individuals and refused to exit.”

The two other people were “safely removed” from the house as police engaged a crisis hostage negotiator. Other homes in the neighborhood were evacuated, and other police agencies responded to the situation.

Germain was listed as armed and dangerous.

Police said Germain eventually exited peacefully and was taken into custody around 2:50 p.m.

Besides assault and kidnapping, Germain may face a charge of being a prohibited possessor.