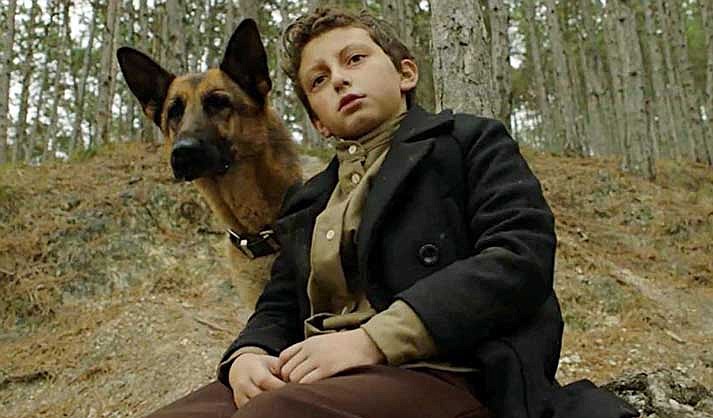 The timeless, unbreakable bond between a boy and his faithful dog is put to the ultimate test in 1930s Germany, in the heartwarming family drama “Shepherd: The Story of a Jewish Dog.” (Photo courtesy of SIFF)

“Shepherd: The Story of a Jewish Dog” was an audience hit at the 2020 Sedona International Film Festival and has gained critics’ raves all around the world. It is now been released in theatres for the first time, with Sedona as one of its first stops.

The timeless, unbreakable bond between a boy and his faithful dog is put to the ultimate test in 1930s Germany, in the heartwarming family drama “Shepherd: The Story of a Jewish Dog”. The film is based on the award-winning and bestselling Israeli novel, "The Jewish Dog," by Asher Kravitz.

Kaleb — a beloved German shepherd — is separated from his Jewish family when the Nuremberg Laws are enacted in WWII Berlin. He is adopted by an SS Officer who trains him to attack and round up Jews at a concentration camp. Kaleb is well cared for and good at his job until one day when he is distracted by a familiar scent. His original master, a young boy named Joshua, has arrived as a prisoner of the camp.

Kaleb has not lost his loyalty to Joshua who finds solace in secretly visiting his dog at night. Joshua's life is at risk. Together they escape the camp and after months of near-death experiences, they are found by partisans who help Joshua make safe passage to Israel.

“A dog knows no religion, no race, not ethnicity. A dog only understands kindness and love no matter what the source. And that is one of the biggest lessons to be learned from this story and this film.” — Debbie Lynn Elias, Behind the Lens