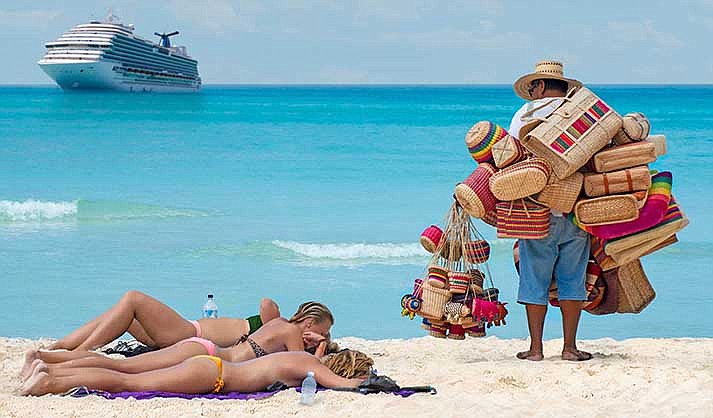 Filmed in over 16 countries and guided by the world’s leading tourism and conservation visionaries, “The Last Tourist” reveals the real conditions and consequences of one of the largest industries worldwide through the forgotten voices of those working in its shadow. (Photo provided by SIFF)

The Sedona International Film Festival presents a four-week Sustainable Tourism Film Series. The series will kick off with “The Last Tourist” showing Thursday, Sept. 8, at the Mary D. Fisher Theatre. The screening will be followed by a panel discussion.

We’ve all said that Sedona is ‘unique’ among cities in Arizona, the U.S., and the world. But we’re not alone. Tourism, especially in destination cities like Sedona, is booming all around the world. Sedona has been ‘discovered’.

Tourism funds a significant share of the Sedona city budget, employs thousands of people, and provides a far greater selection of shops, services, and activities than a town of less than 10,000 residents could otherwise support. But tourism inflames many of the critical issues facing Sedona today.

Many in Sedona express fears and concerns about a declining quality of life. People cite negative forces like traffic congestion, high housing costs, and strangers filling our neighborhoods. Many believe that short term rentals have decimated the availability of rental housing, causing workers to leave. Crowded restaurants, slow service, and rising prices are common. Trailhead parking is difficult, and trails are overcrowded and trashed. Irresponsible all-terrain vehicle (ATV) operators damage the environment and cause noise and congestion problems. Everyone suffers as our doctors and teachers move away. Residents blame overtourism, and it’s hard to argue otherwise.

Travel is at a tipping point. Tourists are unintentionally destroying the very things they have come to see. Overtourism has magnified its impact on the environment, wildlife, and vulnerable communities around the globe. Filmed in over 16 countries and guided by the world’s leading tourism and conservation visionaries, “The Last Tourist” reveals the real conditions and consequences of one of the largest industries worldwide through the forgotten voices of those working in its shadow. The role of the modern tourist is on trial.

Prominent voices featured in the film include: Jane Goodall (founder of the Jane Goodall Institute), Elizabeth Becker (author of “Overbooked: The Exploding Business of Travel and Tourism), Costas Christ (Editor at Large of National Geographic Traveler) and Arnie Weissmann (Editor in Chief of Travel Weekly), among others.

The screening of “The Last Tourist” will be followed by a panel discussion with representatives of the film via Zoom and local speakers.

Other films in the Sustainable Tourism Series are: