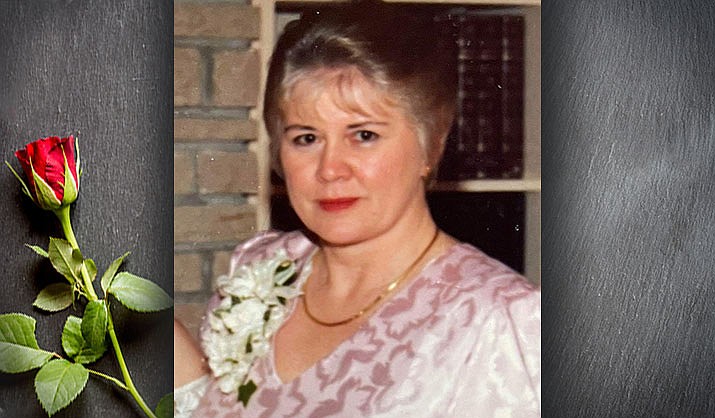 Mary Waterbury passed away July 19, 2022, at her home in Camp Verde, Arizona, while in the loving and caring presence of her daughter and son-in-law.

She attended elementary school in Butler until January 1949, when her family moved to Prescott, Arizona. There, she attended Washington and Miller Valley Elementary Schools, and Prescott Junior and Senior High Schools, graduating with the Class of 1958.

She attended Cal Western College in San Diego, California, then transferred to the University of Arizona where she received her Bachelor of Arts Degree.

In December 1961 she married Dr. Barney Childs in Yarnell, Arizona. They resided in Tucson, Arizona, where their daughter Margaret was born in 1963.

Barney, a music composer and Professor of Music Composition, serving as Headmaster, and Mary as Headmistress at Deep Springs College.

After returning to live in Tucson, Mary and Barney divorced. Raising her daughter as a single mother, Mary returned to live in Prescott, where she worked in the Library at the original Prescott College. Later she relocated to Salt Lake City, Utah, where she was employed by the University of Utah. She remained in Salt Lake City until Margaret became an adult and was married. While in Utah, Mary used her artistic talents to gain employment in the field of architectural drafting.

She moved to Encinitas, California, in the early 1980s and continued to work in that field, finding herself at the leading edge of the development of Computer Assisted Design and Drafting.

In California, Mary participated in a new religious movement known as Eckankar, and through this association met her future husband, Cameron Waterbury.

Mary returned to Prescott in 1988 and continued her drafting work, gaining employment with the engineering company Clacomb-Rockwell in Prescott Valley.

She also began assisting her father with bookkeeping and accounting in his business enterprises. She continued her lifelong interest in education by pursuing and earning a Master’s Degree in Art History from the current incarnation of Prescott College, using her knowledge and credentials she instructed Art History classes at Yavapai College.


In 1998 she and Cameron were married, and she then lived with him in his Camp Verde, Arizona, home, until his passing in 2016. She continued to express herself artistically through painting pictures of a variety

Mary had a quiet, calming, sweet, and loving spirit. She enjoyed remarkable good health until her final travails of the past few years.

Mary’s ashes were spread at a family gathering along the Oregon Coast August 7, 2022.

No further services are planned.