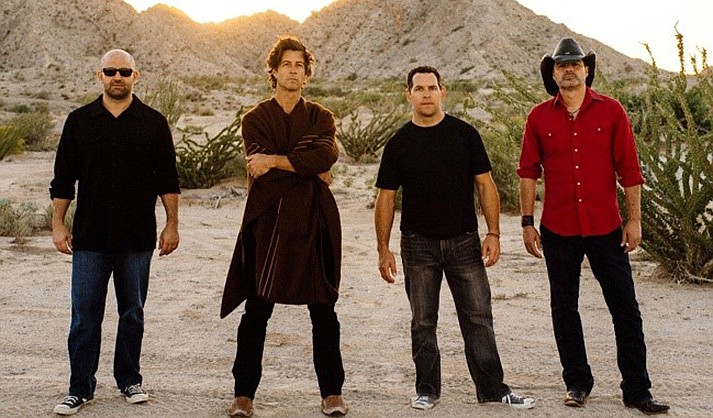 Friday, Sept. 2, Roger Clyne and The Peacemakers return for another sold out show at Main Stage.

Roger Clyne prepares to record his 11th studio album, he continues to transform his life experiences, inspirations, observations and his own muses into timeless music. And whether he’s wearing his Converse high tops, boots or sandals, Clyne’s blend of punk rock, country-western and mariachi influences have made him, drummer PH Naffah, guitarist Jim Dalton and bassist Nick Scropos (collectively known as Roger Clyne & The Peacemakers) one of America’s best live rock ‘n’ roll bands.

Saturda, Sept. 3, resident DJ, ill.Ego brings the funk, disco, hip hop and R&B to get you all on the dancefloor. ill.Ego’s performance roots began in Cottonwood almost a decade ago. Vibe curator extraordinaire and one of the most diverse DJs in AZ.

ill.Ego performs at over 100 events annually including nightclubs, radio mixshows, weddings, and festivals. ill.Ego’s encyclopedic knowledge of music from hip hop to rock to funk to house to pop, matched with his creativity and exceptional ability to read a room has

Main Stage provides nightly entertainment almost every night of the week. Mondays kick off with karaoke hosted by Christa Cave at 9 p.m. Karaoke continues on Tuesdays at 9 p.m, this time hosted by Sean “Shizzy” McAfee.

Wednesdays with “This Ain’t Your Grandma’s Bingo” with hostesses, Christine “Bean” Kramer and Rebecca Riffel. Attendees play for cash and prizes starting at 7 p.m., with 10% of proceeds of every pot going to local charities, nonprofit organizations, or local families in need.

Every fourth Thursday, Main Stage hosts Beer School. Collaborating with a number of breweries across the country. Beer School is an exciting way to learn and experience craft tastings for only $5.

On Fridays, we bring back TGIF Karaoke, hosted by Jesse Petterson.

Main Stage is located at 1 S. Main St. in Cottonwood and is open Monday through Saturday from 11 a.m. to close and closed on Sundays. All events are free to the public unless otherwise specified.