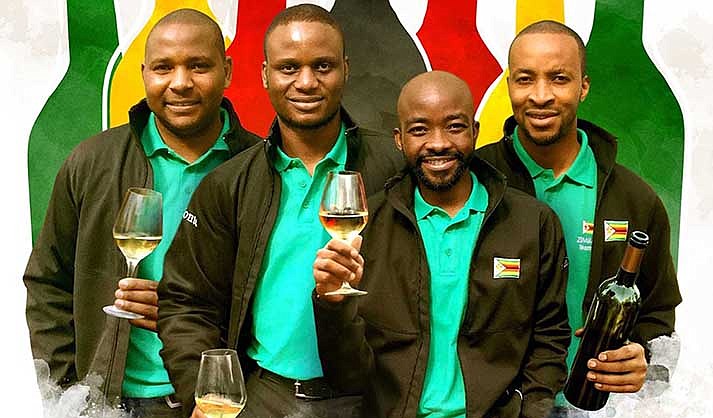 “Blind Ambition” follows four friends who have conquered the odds to become South Africa’s top sommeliers after escaping starvation and tyranny in their homeland of Zimbabwe. (Image courtesy of SIFF)

PHOTO CAPTION (can be used with any photo):

The Sedona International Film Festival is proud to present the Northern Arizona premiere of “Blind Ambition” showing Sept. 2-7 at the Alice Gill-Sheldon Theatre.

“Blind Ambition” follows four friends who have conquered the odds to become South Africa’s top sommeliers after escaping starvation and tyranny in their homeland of Zimbabwe. Driven by relentless optimism, a passion for their craft and a sense of national pride, they form Zimbabwe’s first national wine tasting team and set their sights on the coveted title of “World Wine Tasting Champions.”

Joseph, Tinashe, Marlvin and Pardon are part of a wave of Zimbabweans who left their economically-hit homeland for a better life elsewhere. After their perilous journeys they arrive in South Africa, eventually get jobs in restaurants, gain interest in the intricacies of wine, become sommeliers, meet and bond with one another, and are encouraged to form the first-ever Zimbabwe team to compete in The World Wine Blind Tasting Championships — the Olympics of the wine world.

“Blind Ambition” follows their ambitious path to their unlikely spot in this annual competition held in France and primarily made up of western European teams, where they must sample twelve different wines and guess the country, winery and vintage — a challenge for any oenologist. Their sampling skills take them a long way, but it is their connection to their country, underscored by the comments and encouragement of parents, grandparents and children they left back home that provide the motivation and backbone.