What an Old Railroad Model Display Brought Out in My Imagination 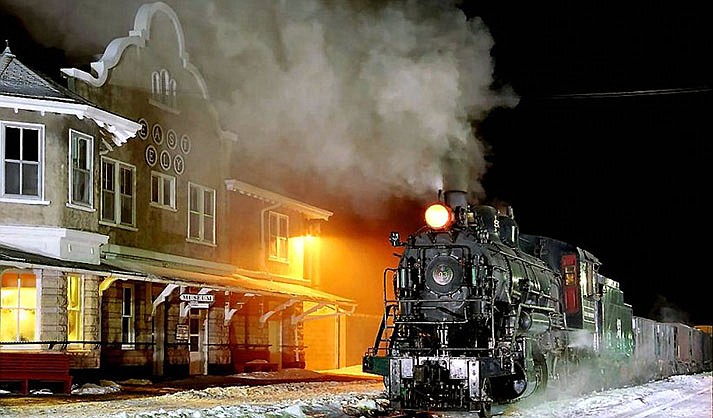 Visiting a lovingly old time train display that was assembled

Trees of all sizes, colors and shapes

“Aren’t I grand to observe the wonderment of childhood?”

All of the moving pieces, sounds, views, of the imaginary train passengers

Wonderment of the industrial age coming to life

Dressings their very best t travel demonstrating they have means

Streetlight colors reflecting with the engine lights coming through the town

Chug, chug, chug are the wheels that are effortlessly moving

parallel with each other

Over and over again, as if a well oiled machine, this it is

Little people standing outside the guard gates in awe

Waving to the oncoming train knowing family and friends

would soon be coming

Supplies for the stores, precious ordered items from catalogs

would be dropped off at the stations

Barrels of all sorts rolled off the ramps contain necessary

Items for a civilized life

Excitement of disembarkment from the train, as well as seeing

family, for the first time in many months or years

Sadness and uncertainty, of knowing others will leave for a long time

Steam whistles blown by the engineer, “All Aboard!” echoed throughout

Two more waring whistles blown and they’re on their way

Imagine being a child, envisioning the life depicted on the model displays

Putting themselves right in the realistic, miniature displays

They’re the train engineers, passengers and people waiting for supplies

People waiting for their prized products removed from the stock cars

Seeing the hot, white steam rise above the train

For a new adventure.