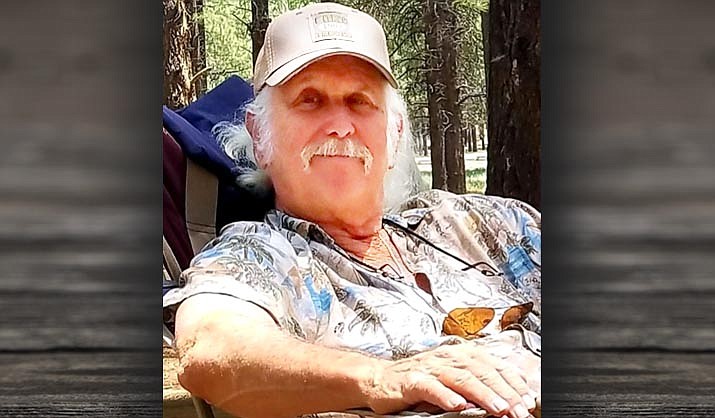 Marc Allen Avery left this earth on Thanksgiving morning, November 24th, 2022, after a long and valiant battle with cancer. He was 75. He fought to the end with all he had, and did not go gentle into that good night. He raged, raged against the dying of the light. Marc passed in his own home.

Marc was born on May 8, 1947, in Los Angeles, California, to Sid and Diana Avery. He grew up in the San Fernando Valley when there was still open space for a kid to explore. So began his lifelong reverence for nature, for open country, and for all wildlife.

Marc is survived by his wife, Judith Isabel Avery, and four stepchildren: Keira McNett of Washington, D.C.; Jonah Lindner (Susan Lauzon) of Riverdale, UT; Josh Lindner (Windy Jones) of Clarkdale, AZ; Leah Lindner of Sedona, AZ, and three grandchildren. He loved them all as his own, and did not think of them as “step” anything.

He is also survived by his sister and brother-in-law, Sandra and Steven Guttman of Phoenix, AZ, and his nephew, Michael Guttman, of Simi Valley.

Marc attended the University of Colorado, Boulder, before returning to California, where he became a Realtor and broker. He earned the Lifetime Member, Million Dollar Club award from Sonoma County MLS in 1979. In 1984, he moved to Sedona, where he bought Red Rock Jeep Tours, a fledgling company with just two Jeeps. He built that company into one of the two largest jeep tour companies in Sedona at that time with a fleet of 20 Jeeps. He loved that company, and the camaraderie he cultivated among all the drivers and crew. It was one of the best times of his life, and the company he was most proud of.

He was an enthusiastic entrepreneur whose forte was starting small businesses. These included Sedona Trolley, First Class Charter, and later the Adventure Company at Tlaquepaque.

Marc traveled widely, including trips to Russia, Australia, and Fiji. He lived for a time in San Carlos, Sonora, Mexico, and on the Big Island of Hawaii before moving back to Sedona in 2000, where he met Judi, the love of his life.

Marc loved meeting people, and easily struck up conversations wherever he went. He had an incredible zest for living.

His passions were his dogs, gardening, landscaping, and planting trees. He left each place more lovely than he found it. He loved Arizona’s high country, where he spent a lot of time hiking, riding, and vacationing. He bought a horse and took up riding so he could share in Judi’s passion for horses and trail riding. He will be deeply missed by all who knew him, and especially by his loving wife.

“Some day when we meet up yonder We’ll stroll hand in hand again In a land that knows no partin’ Blue eyes crying in the rain.”

A memorial gathering will be held in the springtime, near Clint’s Well, in the high country meadows and ponderosas that he loved so dearly.

Memories and Condolences may be shared at buelerfuneralhome.com.