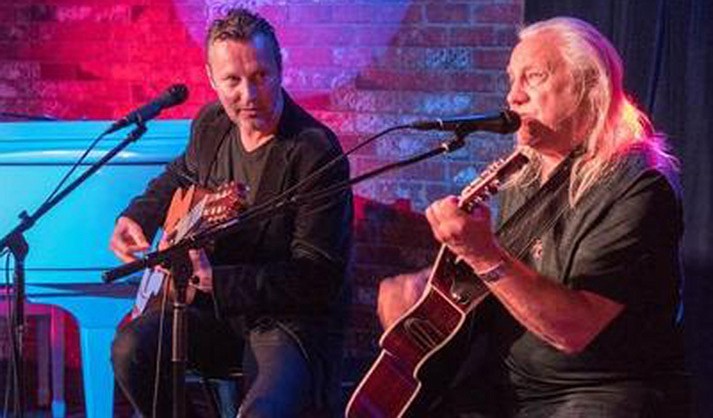 Sound Bites Grill in Sedona is one of the best live music venues in Northern Arizona.

Ki is a consummate musician, well known and respected in the Sedona music scene.

Although formally trained with jazz and classical music degrees, his melodic style has always been influenced by the sounds of the Hawaiian slack key guitar. In addition to performing extensively in concert and at music festivals, Ki has released nine albums as a solo recording artist.

Patrick’s performances combine musicality along with a warm, witty sense of humor that makes for a memorable experience. 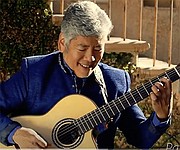 On Thursday, Dec. 22, from 6 to 9 p.m., it’s Chill on the Hill with the inimitable Robin Miller and his son Eric laying down the groove.

As a new age musician, and internationally acclaimed performing artist, composer and songwriter based in Sedona, AZ, Robin’s mission in playing his music, “is to assist all who hear it to experience a deeper level of love and joy within themselves.”

Eric Miller is a romantic Latin guitarist, and a local favorite. After traveling throughout France, Italy, England, and Ireland, he learned and experienced each nation’s culture and beautiful music. Miller has written numerous songs and has many albums. He has also written music for film and television.

On Sunday, Dec. 26, from noon to 8 p.m., it’s Christmas in Sedona with jazz impresario Dave Len Scott. Get your finger snapping, head bobbing groove on with one of Sedona’s best jazz musicians.

Sound Bites Grill is located at the Shops at Piñon Point adjacent to the Hyatt in Sedona. For more information, or to purchase tickets, please visit SoundBitesGrill.com or call 928-282-2713.