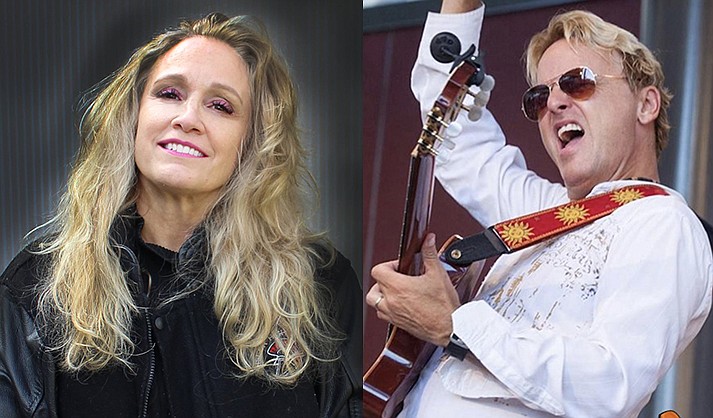 Bring in the New Year this Dec. 31 dancing to the grooves of nationally acclaimed musicians Steve Oliver and songstress Cat Levan at Sound Bites Grill’s Disco Dance Party, starting at 7:30 p.m. into next year.

This five-piece band including Slimman will be performing from 9 p.m. to midnight but the doors open at 7:30 p.m. for dinner.

It will be a night of food, fun, disco dancing and much more, including a balloon drop, a full gourmet dinner buffet with Bananas Foster Flambé, a photo booth, party favors and a midnight toast.

With a career spanning over 25 years in music, multi-instrumentalist, singer, songwriter and producer Steve Oliver is still being heard each day on radio around the world.

His career has produced multiple #1 hits on the Billboard charts and countless radio staples over nearly two decades – including with his latest album “Unified” (2020) – a collaboration with keyboardist Brian Simpson that has reached the #1 spot on the Billboard and Amazon jazz sales charts.

Having released eight studio albums, a live CD / DVD package and a “Best Of”, for Oliver, music is therapy and a welcomed diversion from the current world climate. With radio legacy hits to his credit including “High Noon”, “Fun In The Sun”, and “Global Kiss”, today Oliver is just as comfortable being a creator, adviser, and mentor to others.

She is recognized as a major player in the realm of smooth jazz and other musical genres.

She comes from a musical family where there were always random instruments showing up in the house. One day it would be a violin, then a trumpet, a flute, and even a banjo, but without fail, there was a piano and a guitar.

Cat’s sisters are all musical, and her sister Melanie Chartrand, a recording artist in her own right, has not only won awards for songwriting but has also had her songs included in The Best of Canadian Songs book, alongside Gordon Lightfoot.

Cat has a passion for music and always has a piano or guitar within reach.

“It’s a good way to wind down at the end of the day.” Cat said. “I can’t imagine life without music.”

She has been a guest artist with blues bands and classic rock bands throughout her career.

It’s going to be one heck of a great party this coming New Year’s Eve at Sound Bites Grill. Guests are encouraged to make their reservations early as the party will most definitely sell out early. Guests are also encouraged to come dressed in their best disco outfits to add to the fun and festivities.

On New Year’s Day, Jan. 1, 2023, the party continues at Sound Bites Grill with a Brunch Menu served 10 a.m. to 3 p.m. in addition to their regular menu. You will enjoy Mimosa Flights and Ultimate Bloody Mary Specials as well.

Sound Bites Grill is located at the Shops at Piñon Point adjacent to the Hyatt in Sedona. For more information please visit SoundBitesGrill.com or call 928-282-2713. Tickets can be purchased via their website.