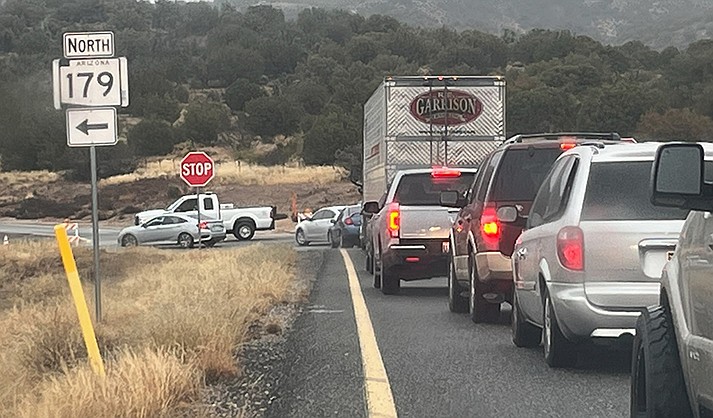 Northbound traffic is taken off I-17 at State Route 179 as snow hits the high ground. (VVN/Vyto Starinskas)

BEAVER CREEK - As rain continues in the Verde Valley (and is expected to continue through the weekend) and snow accumulates in the high country, routes north are being closed.

The northbound lanes of Interstate 17 are closed at milepost 299, taking traffic off the roadway at State Route 179. State Route 89A is also closed in both directions north of Sedona, according to the Arizona Department of Transportation.

SR 89A is also closed north of Sedona. (VVN/Vyto Starinskas)

"Motorists are reminded not to tailgate a snowplow – leave four car-lengths between the snowplow and your vehicle – and do not pass a snowplow," ADOT stated. "Let the snowplow clear the roadway of snow and ice, allowing for safer travel for everyone."

According to the National Weather Service, the chance for rain in the Verde Valley increases from 30% today to 40% Thursday, with low temperatures in the mid-30s.

Friday, the forecast calls for cloudy skies and a 20% chance of precipitation and high near 51. The nighttime low is expected to be around 42.

Saturday is also predicted to be cloudy with temperatures in the 50s, but no rain is forecast until after 11 p.m., when the temperature drops to the low 40s, the winds pick up to 15 mph, gusting at 22 mph. Then the chance for rain is 70% just in time for New Year's celebrations.

New Year's Day will have plenty of rain in the forecast. The daytime high will be near 50 with gusting winds. The chance for precipitation is 90%. Overnight that drops to 40% as the temperatures chill down to 28 degrees.

The sun is expected to show up Monday, but precipitation is likely to return that evening and could turn to snow by Tuesday. 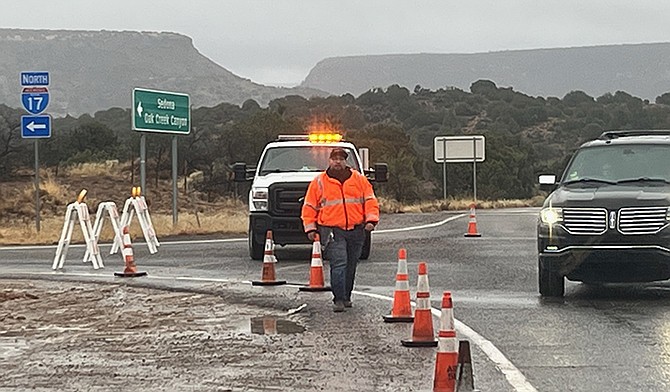