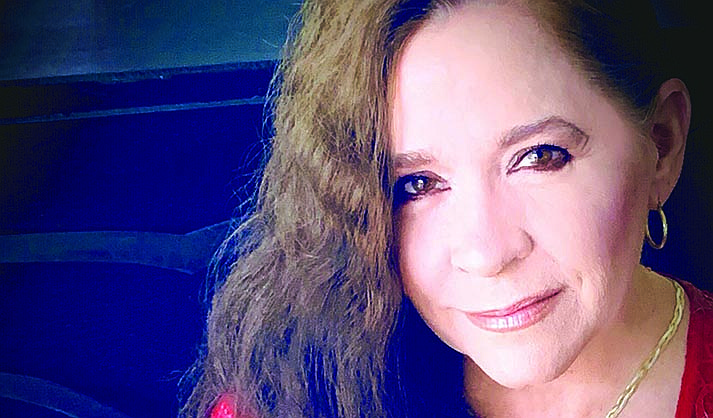 With a cumulative 250 years of live music performance experience among them, The A&E Band is poised to bring the best of jazz and blues to all who come to feast.

Along with songs like “Georgia On My Mind,” “Midnight Train to Georgia” and “Someone to Watch Over Me,” The A&E Band plans to raise the roof with fan favorites, such as “Sweet Home Chicago, “Twist and Shout” and “Sweet Caroline.”

They welcome special guest vocalist Barbara Johnston, whose sultry and soothing tones are destined to sway you.

Come enjoy delicacies, dance and ditties as The A&E Band performs a host of memorable songs in front of the most majestic background in the Sedona valley. Deliciousness ensues when Sound Bites Grill pulls out the stops with their succulent assortment of sweet and savory selections. So, come hungry and bring your best dancing shoes.

Lead singer Anne Johnstonbrown has been stunning audiences with her 5-octave range for over 40 years. A filmmaker from Los Angeles, Anne previously worked with the residents of Skid Row and made it her mission to change society’s perception of the homeless through original film projects and theatre productions. Although she considers herself “semi-retired,” today she spends her days performing part time as an award-winning voice over artist and continues to advocate for the homeless.

Chuck Murcko has been playing bass for over four decades with musicians, such as Peter McCann, Nick Brignola, Dave Holland, Jack DeJohnette, Don York, Lee Shaw, Micki Free and Long John Hunter. After working in show and local jazz bands in New York for 20 years, he moved to Philadelphia where, in addition to local jazz groups, he held the bass chair with the 18-piece band, In Full Swing. Chuck currently works with several projects in Northern Arizona.

Floyd Roberson began playing drums professionally with the Nat Story Orchestra while still in high school. He then attended Southern Illinois University and majored in engineering. During his college years, Mr. Roberson played for a number of groups of varying genres, including jazz, country-western and blues. Recently, Mr. Roberson has played with a host of musicians in the metro Phoenix area, including Renee Patrick, Beth Lederman, Judy Roberts, Margo Reed, Les Paul Roque, Joel Robin and many others.

Joe Johnston's early years were spent playing keyboard and bass with various bands and orchestras. His onstage experience was supported by writing and arranging music, most predominantly in the gospel music genre. Joe is a Marine Corps Vietnam Veteran who received a Purple Heart as a helicopter door-gunner. Following his military service, he directed choirs and orchestras at churches across California and Arizona. He has resided in Sedona for nearly 20 years.

-- Wednesday, Jan. 5, 5–7 p.m., it’s Wineaux Wednesday, presided over by local favorite Patrick Ki on ukulele and guitar. A consummate professional, Ki creates the perfect backdrop for an evening of great dining paired with fine wine tasting. His fans love him and never miss a chance to see him play.

-- Thursday, Jan. 6, 6–9 p.m., it’s “Chill on the Hill” featuring the talented Eric Miller, with Adrial Zang on percussion. Both Zang and Miller are seasoned professionals that truly enjoy sharing a stage. The music they play is all about chilling and staying cool. They create a perfect backdrop for hanging out, enjoying a fine meal and cruising the night away.

-- Friday, Jan. 7, 6-9 p.m., it’s the A & E Band, a talented ensemble of local musicians who have mastered the art of the classics, playing songs everyone from every age bracket can relate to.

-- Saturday, Jan. 8, 6-9 p.m., it’s the Mother Load Trio. If you like the Blues this is one band you do not want to miss. This trio of fine musicians got the Blues down with harmonica solos that will bring you back home. Poised and professional, this band makes your night at Sound Bites Grill a special treat.

-- Sunday, Jan. 9, 11 a.m.-2 p.m., it’s Patrick Ki once again. Enjoy a lazy brunch munching away to the Sound Bites Grill breakfast/lunch, offering a menu that will make your mouth water and music that’s keeps you happy and engaged.