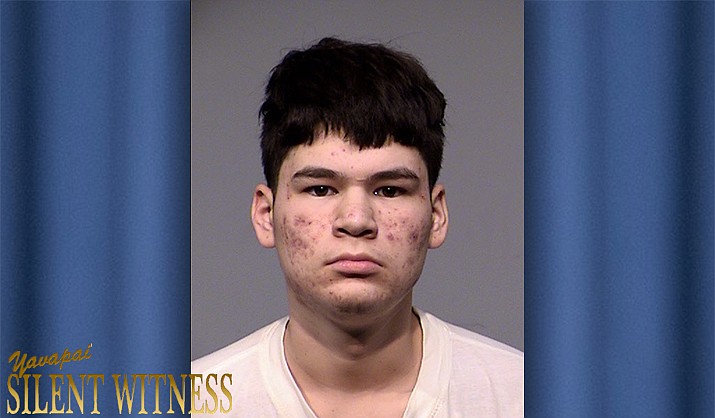 On Nov. 17, 2020, Gonzalez was a passenger in a vehicle that was stopped by an Arizona Department of Public Safety trooper on State Route 69 near Cordes Junction. Following a search of the vehicle, Gonzales was found to be in possession of fentanyl and a stolen gun. The trooper also found multiple items of drug paraphernalia inside the car with drug residue on them. There was also a 4-year-old child in the car who handed the trooper nine M30 fentanyl pills.

Gonzalez was charged, convicted and placed on probation for this case. He has since violated his probation and is now wanted on a nationwide extraditable Probation Violation Warrant. Gonzalez is described as a 20-year-old male, 5-foot-11, 140 pounds with black hair and hazel eyes. His last known address was in the 3700 block of West Creolla Street in Phoenix.

If you provide information leading to Gonzalez’s arrest, you could earn a $500 cash reward. Call Yavapai Silent Witness at 1-800-932-3232 or submit a tip at www.yavapaisw.com. All calls are completely anonymous. You never have to give your name.