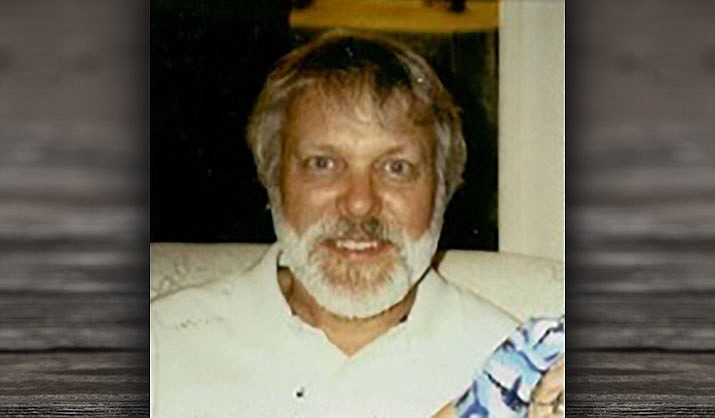 Monty Bondurant, 70, of Clarkdale, passed away peacefully at home with his wife by his side December 22, 2021, after a long battle with lymphoma.

Born in Larned, Kansas, to Howard and Celesta Bondurant, he grew up on his family’s farm/ranch outside of Ness City.

There he learned the value of hard work, a love for the land and the risks of farming.

Monty excelled in school and, as a natural athlete, played most sports at Bazine High School, but, at age 16, his family made the big move to Scottsdale, Arizona. There he attended Coronado High School, was active in church youth groups and even did well in pole vaulting.

For one year he attended Mesa Community College for an A.A. in Business Administration then earned his B.S. (with distinction) in Psychology from ASU. Next, he went to Texas Tech for his Masters in Counseling Psychology. His goal was to work in rehabilitation for vets.

After his internship in Phoenix, he took a job at Mohave Mental Health in Kingman, AZ. For 22 years he had a successful career as therapist, site coordinator and supervisor for Kingman, Lake Havasu City, and Bullhead City. Kingman Fire Department presented him with a special award for starting the first Critical Incident Debriefing Team. He also served on the Drug Free Alliance Board, the Parks and Recreation Commission and taught at Mohave Community College.

During his years in Kingman, he enjoyed the challenge and camaraderie of playing softball, basketball, tennis, mountain biking, hiking, and skiing the Rockies.

In 1984 he married Christine (Desaulniers) Cornwall and became a wonderful husband and stepfather to Richard and Becky. He also had 14 nieces and nephews (to some he was known as Uncle Monkey). Family was important and he followed their lives and accomplishments with pride.

In 2000 Monty and Chris moved to the Verde Valley for his new job at VVGC (now Spectrum), where he was Adult Program Director and later in direct therapy. Earning the respect of his coworkers, he worked hard to promote Mental Health First Aid throughout the Verde Valley.

Monty made many new friends as he pursued his interests in tennis, music (banjo), photography, landscaping, travel, and sports (a loyal Cardinals fan). Always looking for adventure, he was kind, caring, curious, witty, and fun to be around. His philosophy was simple, “Leave the world a better place.” And he did. Monty will be greatly missed by all who knew and loved him.

The family wishes to express a heartfelt thank you to the doctors and nurses at AZ Oncology, Mayo Clinic and Hospice Compassus for their skill and caring throughout Monty’s long journey.

A Celebration of Life will be held at a later date. An online guestbook is available to sign at www.westcottfuneralhome.com. Information provided by Wescott Funeral Home.