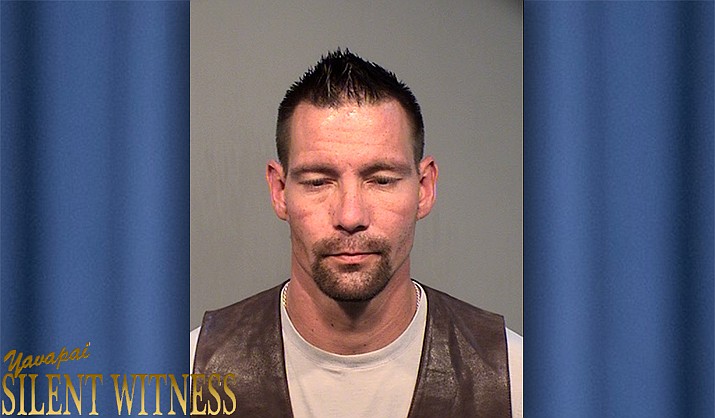 On Oct. 11, 2019, during an argument at a residence in Black Canyon City, Goodwin assaulted a 10-year-old female known to him. Goodwin struck the victim at least two times in the face, causing her nose and lip to bleed and bruising and/or swelling around her eye and chin.

Goodwin was charged with child abuse but has since failed to appear in court. He now has a felony warrant for his arrest. Goodwin is described as a 38-year-old white male, 6-foot-0, 180 pounds with black hair and brown eyes. His last known address was in the 34000 block of South Bertha in Black Canyon City.

If you provide information leading to Goodwin’s arrest, you could earn a $500 cash reward. Call Yavapai Silent Witness at 1-800-932-3232 or submit a tip at www.yavapaisw.com. All calls are completely anonymous. You never have to give your name.