Music, history ahead for OTCA in January 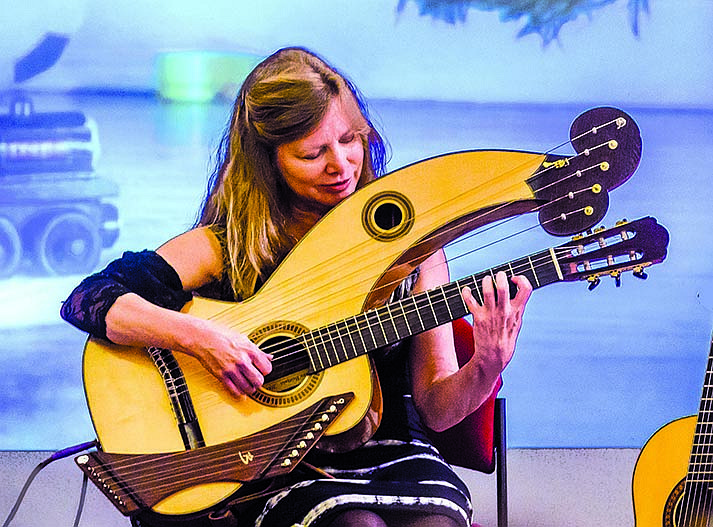 Old Town Center for the Arts has lined up renowned performers from around the United States, and right here in Arizona for the Winter Concert season. Here’s a brief description of some of the upcoming events at OTCA in January.

Muriel Anderson is a guitarist/harp-guitarist who embraces music from all over the world with grace, joy and humor. Muriel is the first woman to have won the National Fingerstyle Guitar Championship. Her CD, “Nightlight Daylight,” was chosen as one of the top 10 CDs of the decade by Guitar Player magazine, and her “Heartstrings” recording accompanied the astronauts on the space shuttle Discovery.

Among those she has performed/recorded with are Chet Atkins, Les Paul, Victor Wooten, Tommy Emmanuel and the Nashville Chamber Orchestra. Muriel’s facility across the genres of folk, classical, bluegrass, popular and international music is revered by guitarists worldwide.

Muriel’s multimedia show takes you on a journey in music and stories, with a backdrop of visuals artfully projected behind her. It is a musical journey through space, and around the world with visuals by celebrated photo-artist Bryan Allen. Muriel will share new tunes and stunning visual backdrops from her recent sailing adventure.

Her current release “Acoustic Chef” is an international cookbook with music to go with each tune and her current project with partner, Bryan Allen is “Acoustic Sailing”. Muriel is host of the renowned “Muriel Anderson’s All Star Guitar Night” and founder of the Music For Life Alliance Charity. 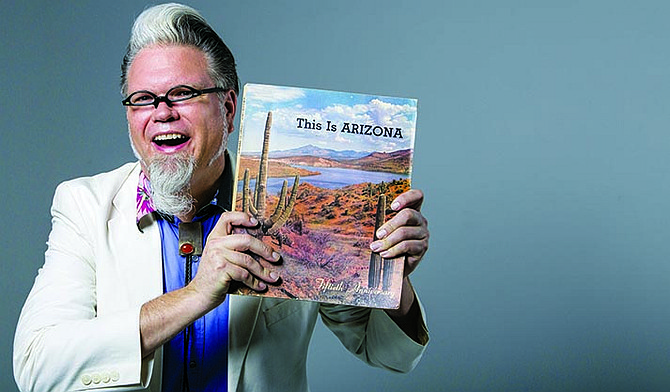 Marshall Shore’s passion is uncovering the weird, the wonderful and the obscure treasures from our past: the semi-forgotten people, places, and events that have made us who we are today. As the “Best Phoenix Historian” Marshall uses storytelling magic, found film footage, old photographs, ephemera, and artifacts to bring our state’s heritage to life in entertaining and educational presentations.

Joining Marshall Shore will be special guests and Verde Valley film and history experts Phil Moyer, John Conway and Clancy Sage. Well-known Realtor Phil Moyer is a past president of the Verde Valley Chamber of Commerce. Starting as an actor in the 1970s, Phil has been an established producer in the Arizona film and TV community since 1990, both behind and in front of the camera. He founded the Sedona-Verde Valley Film Commission and was instrumental in attracting major studio films such as, “Starman,” “Midnight Run” and “Dudes.”

John Conway moved to Sedona as a boy in 1963, whose main career was with Sedona Fire, retiring as assistant chief in 1999. John was bitten by the movie bug while watching MGM film “The Rounders” in Sedona in 1964. John is the cofounder of the Sedona Film Commission, chartered with promoting Verde Valley as a film location.

Clancy Sage grew up in Yonkers, New York, and graduated from Arizona State University with a B.S. in anthropology, a double minor in American History and Sociology and a secondary education certificate. Sage worked for both IBM and Siemens in Human Resources retiring from Siemens in 2009 as senior director of human resources at the corporate headquarters in New York City. She moved to Sedona in June 2010 at first volunteering at the Humane Society and now dedicating her time to the Sedona Historical Society.