‘A Song for Cesar’ chronicles artistic inspiration of Cesar Chavez 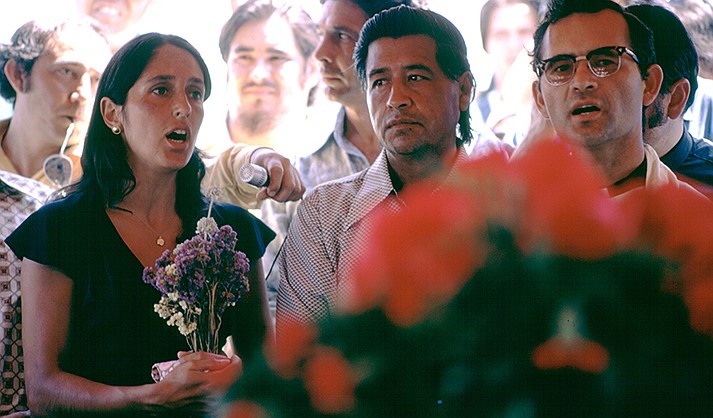 History will remember the blood, sweat, and tears shed by late civil-rights activist and labor leader Cesar Chavez while standing up for American farmworkers. “A Song for Cesar” is offers a unique view of the life and legacy of Cesar Chavez and the farmworkers movement.

The Sedona International Film Festival presents the Northern Arizona premiere of the award-winning documentary “A Song for Cesar” showing Jan. 14-19 at the Mary D. Fisher Theatre.

History will remember the blood, sweat and tears shed by late civil-rights activist and labor leader Cesar Chavez while standing up for American farmworkers. “A Song for Cesar” offers a unique view of the life and legacy of the Yuma native and the farmworkers movement he helped build in California.

The film tells a previously untold story about the musicians and artists — including Joan Baez, Maya Angelou, and Carlos Santana, among others — who dedicated their time, creativity and even reputations to peacefully advance Chavez’s movement of labor organizing in pursuit of better wages and working conditions for farmworkers.

“A Song for Cesar” also explores other facets of Cesar’s life — from childhood to his final days — revelations that, until now, have not been shared on screen.

Through stunning archival photographs and footage and interviews with icons that include Carlos Santana, Joan Baez, Cheech Marin, Edward James Olmos, Maya Angelou, and Chavez’s United Farm Workers co-founder Dolores Huerta, this affectionate documentary hits many inspiring notes, expressing the emotion that flourished artistically during the Chicano Movement of the 1960s. As filmmaker and playwright Luis Valdez (Zoot Suit) says in the film, “Beware of a movement that sings.”