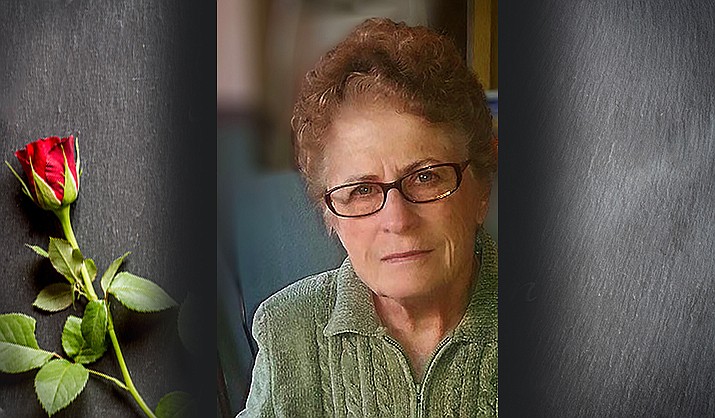 Sandra Allan Fortier, of Clarkdale, Arizona, passed away January 3, 2022, in Cottonwood AZ, after a brief illness. She was 83 years old.

Sandra was born May 16, 1938, in Steubenville, Ohio to Estelle (Foreman) and Robert Allan. At the age of five, her parents took Sandra along with her three older siblings and moved the family to Santa Ana, California.

Sandra graduated from Santa Ana High School in 1956 where she met and then married Thomas Pitino with whom she had her first two children, daughters Jennifer and Susan. Due to their youth and other pressures, however, the union didn’t last.

In 1971, Sandra remarried and had her two sons, Christopher and Patrick. They moved to Cottonwood, AZ in 1983 where she remained for much of her life, finally moving to Clarkdale, AZ three years ago.

Sandra began dating her beloved Gerry Fortier in Cottonwood in 1999. They wed in December 2013, worked side-by-side at Camelot RV Park, and shared their love of animals and their love for their children until Sandra’s passing.

Sandra is remembered by her children as a devoted mother who loved to sew and made clothes for her daughters as well as for their dolls. She took in many of her sons’ friends, always providing them with her famous finger Jell-O and lots of love.

Sandra also had a great affection for cats, and over the course of her lifetime welcomed many – too numerous to count – who found her when they needed homes.

Among her talents, Sandra was blessed with a green thumb and used this to great effect, ensuring that her homes were always surrounded by the vibrant colors of the many flowers which she planted.

Sandra was preceded in death by her parents and her three older siblings.

The family would like to especially thank Susan Pitino and Brian Whitney for the caregiving that they provided for Sandra and Gerry over the past three years. We are most grateful.

There will be no service at this time. In lieu of flowers, donations to The Verde Valley Humane Society in Cottonwood, AZ in memory of Sandra Allan Fortier would be most welcome.