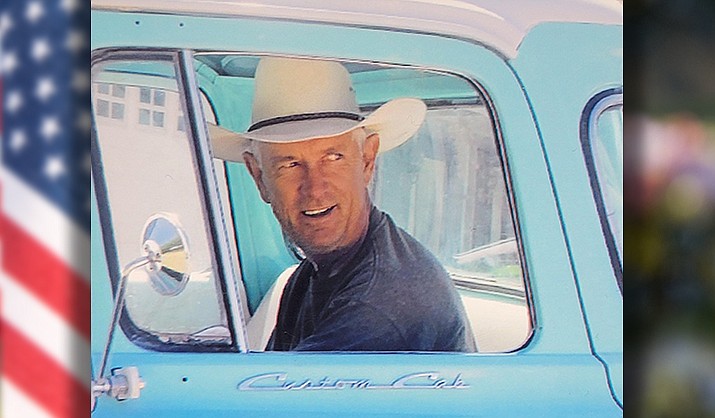 He was born in Young, Arizona Oct 4, 1943. He served in the U.S. Army and had a lifelong love for his country.

In the early 1970s, he moved to the Verde Valley with his brother Dave. They worked with Queen Creek Land & Cattle Co., building many of the roads and the pond in Verde Village. They started a sand and gravel plant which they developed into a concrete and asphalt company with the help of their cousins, Sheldon, Ron and Skip.

He enjoyed camping, hunting, playing Yahtzee and winning everyone’s money, dancing, reading Western novels, and restoring classic cars and turning them into hotrods. Most of all, he cherished being with his many grandkids, and he loved teaching them how to run heavy equipment and enjoyed taking them hunting. He was a big-hearted, genuine friend to all who knew him and will forever be remembered fondly as “Uncle Bill,” “Kid,” and “Old Man.”


Bill did not want any services, but he wanted his family and friends to always remember that he lived a full and happy life married to Judy, his sweetie of 50 years, and together they raised three wonderful children: Denis Ray, John Patrick, and Toynette.

If you’re out there hunting in the woods, you’ll hear Bill remind you, “you can’t eat the horns.”

If you’re working on that Chevy or Ford, you’ll hear him say, “Bring me a bigger hammer.”

And if you’re dancing, yes, that’s him singing the song to the end.

Bill was preceded in death by his parents, and his beloved grand-daughter Meghan.