Truth in recycling: Are you just wish-cycling? 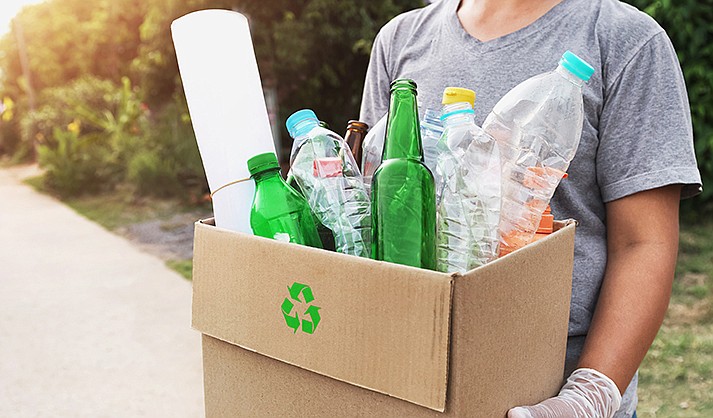 When talking about recycling the conversation is usually fairly general. You put your recyclables in a can and magic happens. It is separated and everything is used to remanufacture new items and all is well. The truth, though, is much more complicated.

There were three ways our recyclables were collected in Big Park until the best of the three collections was removed.

Mixed Waste Recycling. This is the process where everything goes into the trash and an attempt is made to try to recover material from this garbage pile. Your neatly placed recyclables have now been commingled with all your neighbors’ trash and compacted in the waste haulers truck. The result is your recyclables have been smashed into horse manure, all varieties of liquid, yard waste and the lists go on and on. The end result is contaminated material that has no hope of being recycled. No buyer purchases wet soggy paper or cardboard. The plastics are all but impossible to untangle from the smashed trash and although a few high value materials are recovered it is the least efficient and most ineffective way to handle recyclables.

Single Stream Recycling This collection and processing method combines all your recyclables in one can and as with Mixed Waste the contamination levels are high especially for paper and cardboard. Like Mixed Waste it is like trying to unscramble an egg. In other words, all but impossible. In the Phoenix area they have a huge single stream processing facility with conveyor belts travelling all over the place trying to recover recyclables. Nothing close to this facility exist in our county so the recovery rate for this method is very low.

Multi Stream Recycling. Now we are talking about real recycling. The materials are collected in four separate streams. When collected the separate materials except for glass are dumped into a front loader truck which compacts materials for delivery to the processing center. Cardboard arrives by itself and any stray contaminants are easily removed during the baling process. The same is true for the paper. It is dumped directly on the conveyor of the baler and is gone through as it goes up the belt. This material when baled is dry and clean, which is exactly how the buyers want it. The paper can then be used for insulation or used in the process of making new paper. The third stream is called mix and is comprised of plastics and cans. These materials when delivered are the only materials that require sorting. The sorting line has a magnet that picks up the steel cans, and the other materials are sorted into the proper bin for the baling process where the material gets a second going over in case anything was inadvertently missed. The last material in multi-stream recycling is glass. Glass is collected separately by color. Brown and green go together and clear is separately collected. Blue bottles cannot be included as they contain cobalt, which discolors the processed glass used to manufacture new bottles. This glass goes to Strategic Materials in Phoenix and becomes new bottles.

It is easy to accept that all recycling collection is equal and that everything you put in the can finds a new home and a greater purpose. This is called wish cycling, and as much as we wish it were true – it just isn’t. Recycling and waste have been linked, but they are not at all the same. Your waste goes to the landfill and your recyclables need to be collected using the best method possible and become feedstock for remanufacturing.