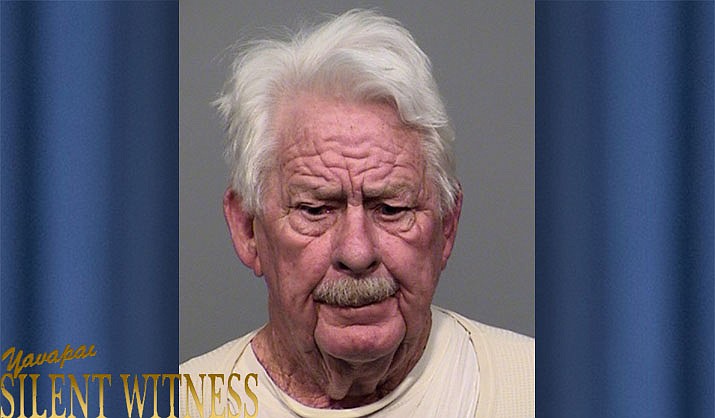 On Jan. 18, 2020, the vehicle Gibson was driving was pulled over by a YCSO deputy for speeding and canceled insurance. Upon contacting him, the deputy asked for consent to search Gibson’s vehicle of which he was the sole occupant. Gibson agreed to allow the deputy to search the vehicle. The deputy allegedly found 4 ounces of methamphetamine in several separate baggies in the vehicle.

Gibson was arrested and later failed to appear in court on his charges.

Gibson is described as a 79-year-old white male, 6 feet tall, 260 pounds with blue eyes and gray hair. His last known address was in the 10000 block of East Lan Drive in Kingman, but he also has ties in the Phoenix area.