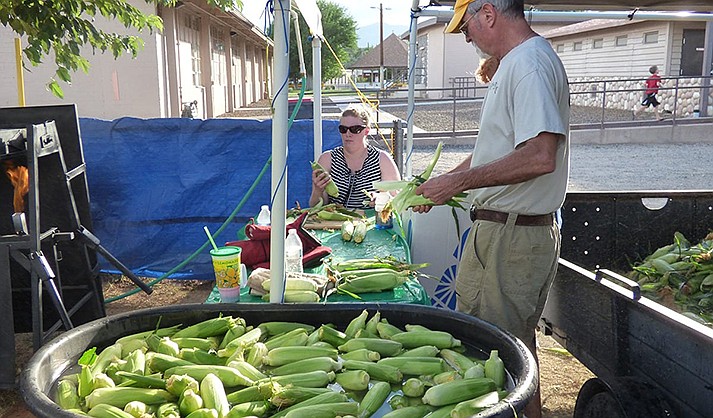 Corn Fest has been an annual tradition in Camp Verde for 28 years. The festival, which takes place on July 16 from 11 a.m. until 7 p.m., customarily pays tribute to the Verde Valley’s famous sweet corn, grown at Hauser & Hauser Farms.

This year’s event strives to showcase other agricultural products and heritage Camp Verde offers, in addition to sweet corn. Entrance to the festival is free.

“This event has its own personality,” said Camp Verde Parks and Recreation’s Recreation Supervisor Shawna Figy. “This is the only event where we close down Hollamon Street to give it more of a street fair feel.”

Programming for the festival includes food, games, art and craft merchants and musical entertainment. Vendors for the event will be located outside along Hollamon Street as well as inside the Community Center Gym.

“We have over 75 food, craft, commercial, and non-profit vendors registered to attend the event,” said Figy. “There will be a 20x30 tent for the Verde Valley Farmer’s Market vendors, with Verde Grown and Local First AZ participating in the event this year.”

Fresh-roasted and husked corn to take home from Hauser & Hauser Farms will be sold by Meals on Wheels with proceeds benefiting that organization. Camp Verde Little League will have a dunk tank as a fundraiser, as well. Food trucks with a variety of menus will be onsite, and Verde Valley Rangers will operate a beer tent. 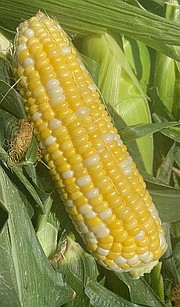 New to Corn Fest this year is the Homemade Salsa Contest, with awards in both traditional (tomato-based) and non-traditional (mango, corn, etc.) categories.

There will be a Children’s Activity Garden from noon until 5 p.m. with lots of fun for the kids. Registration for the AB Cornhole Tournament opens at 11 a.m. with the first toss at noon.

“This event provides an accessible and positive experience for Camp Verde residents,” said Figy. “It allows us to showcase Camp Verde culture and community to both residents and visitors.”

Adjacent to the Camp Verde Community Center is Fort Verde State Park, which has original buildings and displays of the military settlement located here during the Apache Wars in the 1880s. The park is listed on the National Register of Historic Places and will have special presentations during Corn Fest. Fort Verde is open daily from 10 a.m. to 4 p.m.

Just off of Hollamon Street at 286 S. Third St., visitors can explore the Camp Verde American Legion’s Armed Forces Museum. Exhibits cover American wars from the late 1800s to the early 2000s. The museum is open daily from 10 a.m. to 4 p.m. Admission is free, and they will have presentations during Corn Fest.

For additional information about Corn Fest, visit www.visitcampverde.com or contact the Town of Camp Verde Parks & Recreation Department at parks@campverde.az.gov or 928-554-0820, ext. 3.

Keep in mind, Corn Fest is not a pet-friendly event. Only service animals are permitted.

Cindy Cole is a freelancer for Verde Valley Newspapers. She is a writer, editor, photographer and artist. Reach her at cindycole@live.com.