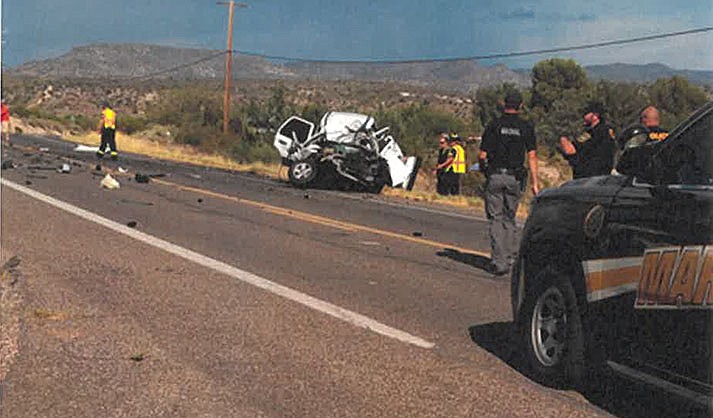 CAMP VERDE – A head-on collision Friday, July 15, east of Camp Verde claimed the life of a college student. The incident occurred near the scene of another fatal crash two weeks earlier.

According to the Camp Verde Marshal’s Office, Luciano Diettes, 21, a citizen of Colombia, was driving east in a 2006 Ford Escape and crossed into the westbound lane near milepost 236. His vehicle collided with a 2020 semi-truck driven by Nabi Nabiyev of Malverne, New York.

Diettes, who was residing in Angola, Indiana, while attending Trine University, was pronounced dead on scene. Nabiyev declined medical treatment and appeared to have only minor injuries, according to CVMO.

Diettes next of kin and the Colombia Embassy were both notified of his death by the Marshal’s Office.

The cause of the collision is still under investigation. It was similar to a July 1 head-on crash that took the life of Dixie Moffett-Bradford on the same stretch of two-lane road.

CVMO reminds all motorists of the hazards of distracted driving. In Arizona, it is illegal to use a phone to call or text while driving unless the device is hands-free (Arizona Revised Statutes 28-914).