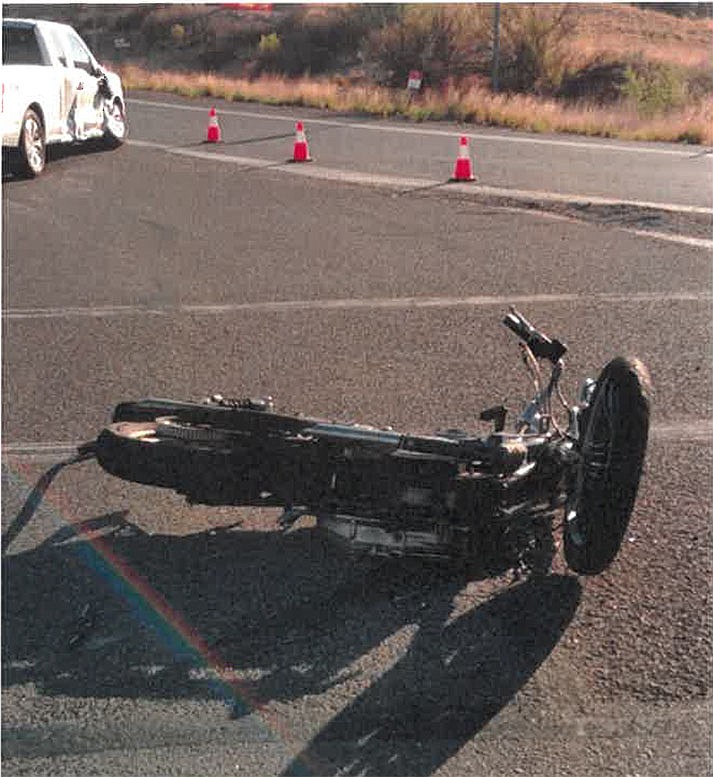 Kyle Roberson, 29, was operating a 1996 Harley-Davidson motorcycle when it collided with a 2018 Ford pickup driven by Gary Taylor of Phoenix at around 5:48 p.m., according to the Camp Verde Marshal’s Office.

Roberson was not wearing a helmet and suffered severe injuries, CVMO stated. He was transported by air ambulance to a Phoenix-area hospital, where he was reported deceased.

According to CVMO, Taylor suffered minor injuries and declined treatment at the scene.

The cause and details of the collision are under investigation. The Department of Public Safety’s REACT team responded to the scene to reconstruct the incident.

This is the third fatality on SR 260 this month. Luciano Diettes of Colombia died on SR 260 east of Camp Verde on July 15. On July 1, Dixie Moffett-Bradford of Nevada also died near milepost 236 east of town.

“Preliminary investigations into these accidents indicate a combination of speed and ‘distracted driving’ may have resulted in these collisions,” a news release from CVMO stated. “According to the NHTSA, 8.5% of fatal car accidents in 2019 were due to distracted driving.”