Mark Rylance, Sally Hawkins star in ‘Phantom of the Open’ 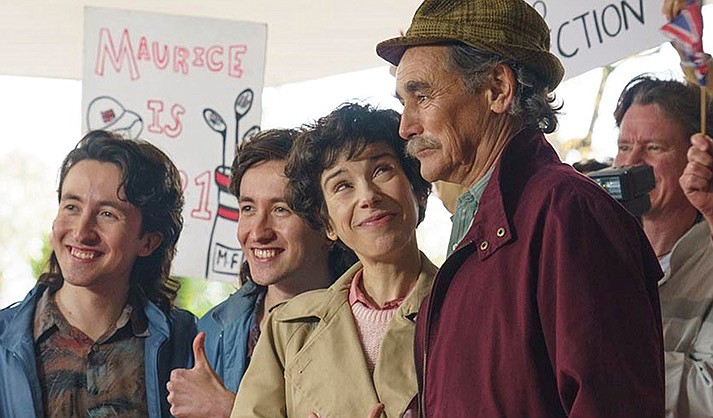 The Sedona International Film Festival is proud to present the encore of the award-winning and acclaimed new film “The Phantom of the Open” showing July 22-28 at the Mary D. Fisher Theatre.

Follow your dreams, wherever they take you. “The Phantom of the Open” tells the heartwarming true story of Maurice Flitcroft (Mark Rylance), a dreamer and unrelenting optimist. Things have never been easy for the working-class family man, but along the way he’s tried his hand at everything from writing and painting to high-diving and songwriting. His philosophy in life is simple: follow your dreams - something he encourages everyone around him to do as well.

This humble crane operator from Barrow-in-Furness managed to gain entry to The British Open Golf Championship qualifying in 1976, despite never playing a round of golf before.

With pluckiness, optimism and his twin sons at his side, Maurice pulls off a series of stunning, hilarious, and heartwarming attempts to compete at the highest level of professional golf, all without success, and much to the annoyance of the elitist golfing community — but to the delight of fans worldwide where his exploits became folklore.

He shot the worst round in Open history, but became a folk hero in the process.

Based on the remarkable true story of a man who embodied the ethos of “everyone deserves a shot at glory”, “The Phantom of the Open” is the extraordinary story of an ordinary man who — with the encouragement of his family — made history by reminding us all to dream big, no matter how it turns out.