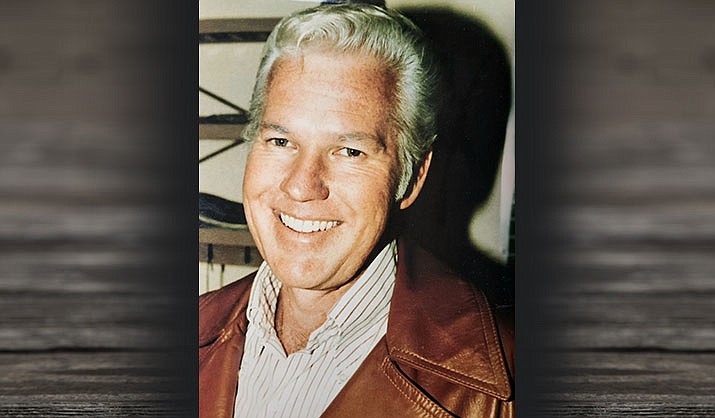 John Samuel Stevenson On Thursday, July 14, 2022, one of the greatest storytellers of railroad lore and Arizona history passed away peacefully.

John Samuel Stevenson, born September 2, 1936, to Scottsdale cotton farmers Frank and Mollie Stevenson, was an authentic Arizona native whose roots began on a 40 acre farm located at Titus Mansion on Hayden Road and McDowell Road, and ended at his home in Clarkdale, overlooking the Verde Valley.

He was preceded in death by his sisters, Vivian Jane and Norma Jean; and two of his sons, Mark Stevenson and Samuel Stevenson.

John graduated from Scottsdale High School in 1954. He attended Phoenix College and ASU. Starting in October of 1954, John began his lifelong career with Atchison, Topeka, and Santa Fe railroad. He retired in 1998 as the Winslow Trainmaster. He volunteered at the Clarkdale Historical Society where he told stories from his childhood during WWII, his experiences on the railroad, and his first hand witness to the growth and development of Arizona.

Every story was authentic and filled with humor. Of all the incredible things John will be remembered for, the first things that come to mind for those who know him best were his warm and friendly demeanor, his passion for history, his plethora of railroad adventure stories, and his dedication to Christ.

Memorial services will be held at Clarkdale Baptist Church on Saturday, Sept. 10, at 1:00 p.m. Arrangements entrusted to Westcott Funeral Home