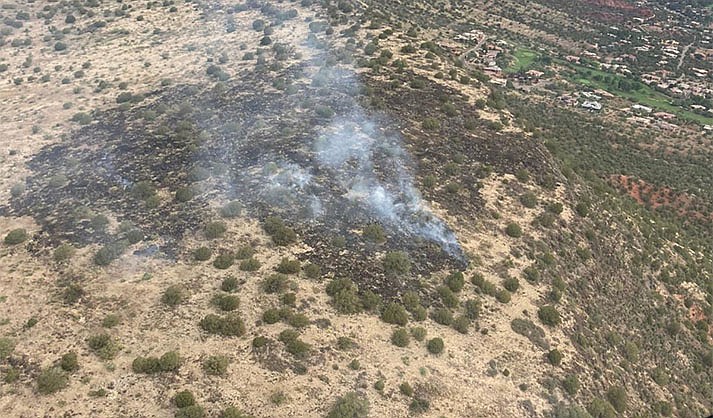 SEDONA – A small fire started south of the Village of Oak Creek on Sunday night, and U.S. Forest Service personnel have been responding.

The blaze, reported at 9 p.m., has been dubbed the Fuller Fire and is about 2 acres. Two engines and a helitack have responded, according to Coconino National Forest.

The fire was reportedly caused by lightning.

“Winds from passing thunderstorms created a small uptick in fire behavior last night,” CNF reported. “The Fuller Fire is currently experiencing low fire behavior and is creeping and smoldering in grass and juniper.”

Smoke is visible from the Verde Valley but is expected to have minimal impact due to the level of humidity.

Smoke will remain visible throughout the day while crews work to contain the fire. Smoke impact will be minimal due to the fire's small size and the high relative humidity.

Because of a high likelihood of precipitation Monday (60%), fire personnel expect minimal growth of the fire.