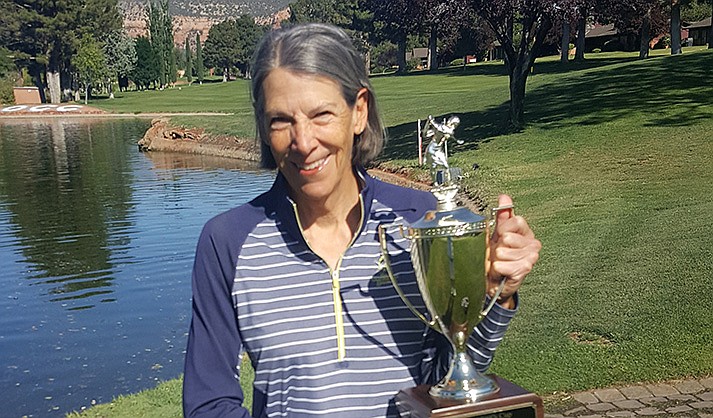 Oakcreek Country Club Women’s Golf Association holds a variety of tournaments throughout the year. One of the most popular, The President’s Cup, is a low net tournament played on two consecutive Tuesdays in the spring. This year’s winner, Penny Fisher, proudly holds the trophy where her name will be added to those who have won for the past 30 years. Congratulations also goes to Phyllis Halprin who took first place in Flight 1 and Lynn Winslow who placed second. Flight 2 winners tied for first place. Congratulation to Judy Forest and Barbara Gordon for sharing first place in their flight.