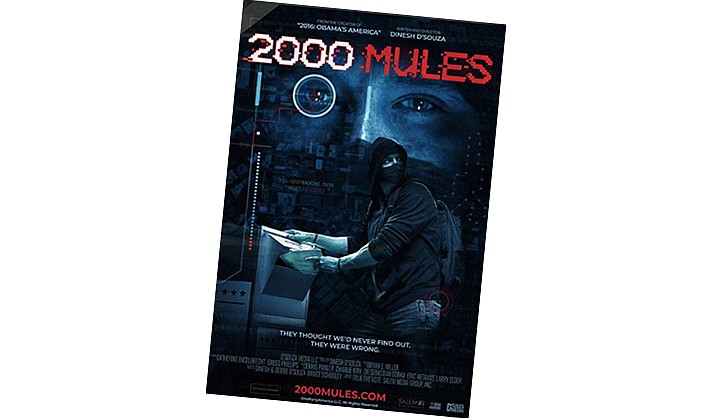 Republicans of the Red Rocks is sponsoring the showing of “2000 Mules” at the Sedona International Film Festival’s Mary D. Fisher Theater on Tuesday, June 7 at 4 p.m.

There will be a discussion and Q&A following the film with State Rep. Mark Finchem.

The movie concludes by exploring numerous ways to prevent fraud.

Rep. Mark Finchem, now in his fourth and final term (due to Arizona’s term limits) is running for Secretary of State. Mark and gubernatorial candidate Kari Lake have filed a lawsuit alleging that the vote counting machines used in Arizona aren’t reliable. The civil complaint states that the counting machines “can be manipulated through internal or external intrusion to alter votes and vote tallies.” This is based on the report by contractors hired by the Arizona Senate to review Maricopa County’s 2020 election results and procedures. The lawsuit was filed against officials in Pima and Maricopa counties.

Mark will speak after the movie to provide an update on his fight to ensure Election Integrity in Arizona.

Tickets are $12 general admission or $9 for Film Festival members. For tickets and more information, please call 928-282-1177. Both the theatre and film festival office are located at 2030 W. 89A, in West Sedona. For more information, visit SedonaFilmFestival.org.