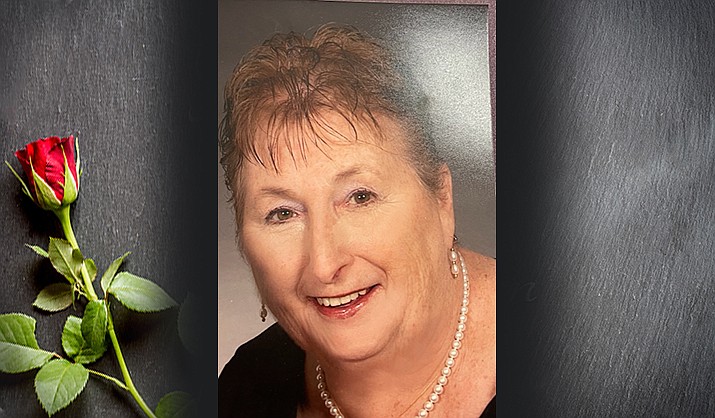 Sheila was raised with her siblings, Cheryl, Paul, Thomas, Delores and Adrienne, in a small home on Wilson Road.

After graduating high school, Sheila took a position in the secretarial field. It was here that she heard the “Airman of the Day” radio spot and wrote one Walter H. McIntosh. That was 1967 and in January 1968 they were married.


Sheila and Walter spent the rest of their lives traveling for Walter’s military and contracting careers and finally for the love of travel. First was California and the birth of their daughter Krista Marie and a transfer to Virginia, followed by the Philippines and the birth of her their son Kevin Michael.


Returning stateside, they lived in Illinois, Arizona, Michigan, Mississippi, Texas and finally Arizona, where they found the home they dreamed of forever. Retirement did not hinder their travels. Summer vacations to Ireland, cruises to Europe, the Mediterranean, South America, Mexico, the Bahamas, Jamaica, Hawaii and Alaska. They drove the country sightseeing, visiting friends and relatives along the way.

Raising a family, Sheila and Walter were active in their local Parrish in any way they could help.

Offering their time and assistance whenever asked. The garage was regularly stocked with Girl Scout Cookies and Boy Scout Popcorn and anything to help with swimming, baseball, choir, theatre and the ever-present bake sale.


Sheila enjoyed Scrapbooking and Cardmaking in her spare time; crafting photos into narratives of her adventures with Walter. Sheila leaves her daughter Krista and husband Jon, her son Kevin and her dog, Miss Elsa. She is preceded by her husband Walter, son Walter Jr. and sister Adrienne.

Sheila had a wonderful life and was willing to share it with anyone. She never lost her faith in God and enjoyed 52 years of marriage with the love of her life.

A visitation with Rosary will be held Saturday, June 4, 2022 at Westcott Funeral Home in Cottonwood.

Mass will be held at Immaculate Conception Catholic Church on Monday, June 6, 2022, at 11:00 a.m., where she will be laid to rest with her husband.