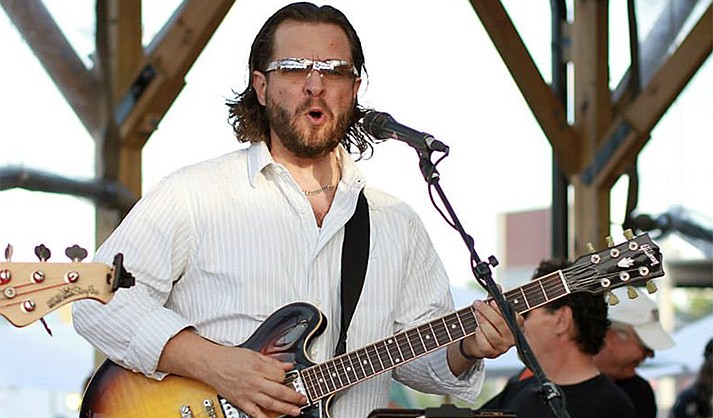 If you love the Blues in all its shapes and nuances, you don’t want to miss seeing Miller and The Other Sinners, Friday, June 10, 7 to 9 p.m. at Sound Bites Grill in Uptown Sedona.

They have an unforgettable show filled with infectious grooves and tremendous musicianship all supporting well written songs that really connect.

“David Miller and The Other Sinners is a fabulous band to work with,” said Sound Bites Grill owner Stephen Sullins. “The band is very talented and engaging. Their unique soulful blues with a bit of southern spice is a style all their own. The crowd enjoyed them so much the first time they played at our club, that we are having them back. This band is welcome at our entertainment restaurant & club anytime.”

David Michael Miller, founder, lead vocalist, guitarist and songwriter for Miller and The Other Sinners, is a well-established musician in the Western New York music scene.

He represented the Western New York Blues Society in 2013 and 2014 at the International Blues Challenge in Memphis in both the Band and Solo/Duo categories.  He continues to participate in the Blues in the Schools program in Western New York.

He is accompanied by a killer core of “Other Sinners” and the variation and diversity are what make the shows ever fresh and entertaining, including, Jay Moynihan on sax and guitar (Buddy Guy’s former sax player for nearly 10 years), sometimes members of the world renown Campbell Brothers, Ms. Cinnamon Jones and several other talented WNY musicians rounding out the band.

On Saturday, June 11, from 6 to 9 p.m., Mother Road Trio entertains with a power-house ensemble of seasoned professional, musicians.

Their style is as diverse as Route 66 itself, and they bring a plethora of great music to every stage they grace.

Lead singer and harmonica master Sammy McRae gets a crowd up on their feet begging for more.

This this quick-witted showman has been a “Blues Ambassador” in the Southwest for over 20 years, pleasing audiences far and wide with his engaging stage presence.

Please call 928-282-2713 for reservations or visit soundbitesgrill.com to learn more.