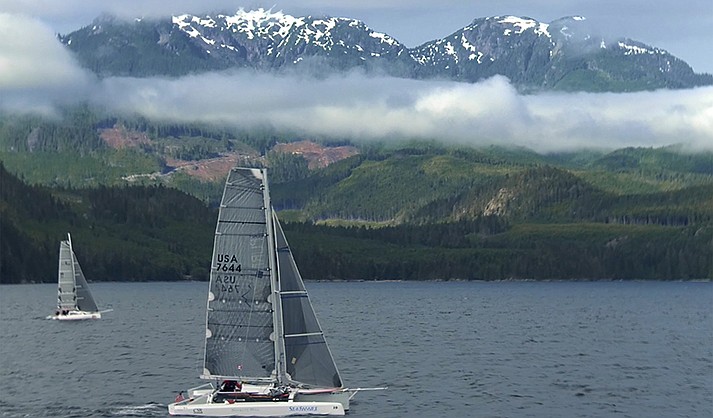 The Sedona International Film Festival is proud to present the Northern Arizona one-day-only premiere of “The Race to Alaska” on Thursday, June 16, at 4 and 7 p.m. at the Mary D. Fisher Theatre.

“The Race to Alaska” is an award-winning documentary following the visceral experience of racers as they compete in one of the most difficult endurance challenges in the world.

Described as “the Iditarod, on a boat, with a chance of drowning or being eaten by a grizzly bear,” it’s amazing anyone enters at all. There are no motors and no support – and nobody finishes without a story. It’s an adrenaline-fueled, 750-mile boat race through the dangerous and spectacular wilderness of the Inside Passage to Alaska.

“The Race to Alaska” will show at the Mary D. Fisher Theatre at 4 and 7 p.m. on Thursday, June 16. Tickets are $12 general admission or $9 for Film Festival members. For tickets and more information, please call 928-282-1177. Both the theatre and film festival office are located at 2030 W. 89A, in West Sedona. For more information, visit SedonaFilmFestival.org.