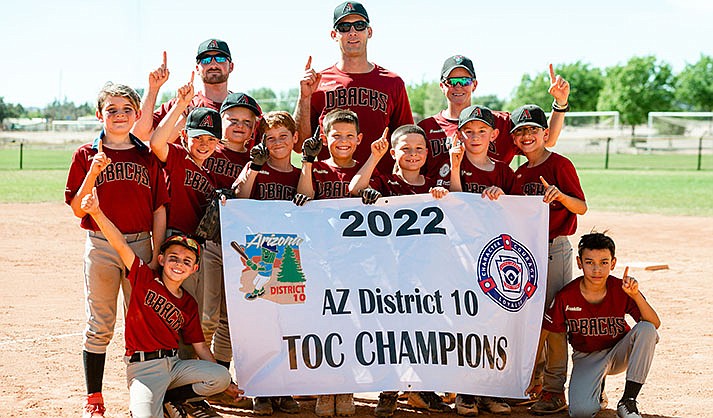 Their 15-5 victory over Prescott Valley game them a perfect 15-0 record. It also prevented a TOC sweep by Prescott Valley, which won the Majors and Softball titles.

The district’s Tournament of Champions is comprised of the community teams with the best records in Softball, Baseball Minor A and Baseball Majors. Camp Verde also defeated Agua Fria and Chino Valley on their way to the title.

‘They’re great kids. Every day, they show up and put in the hard work, and this is the result,” said coach Nic Dubs, who was assisted this season by Heather Risk and Mike Boler.