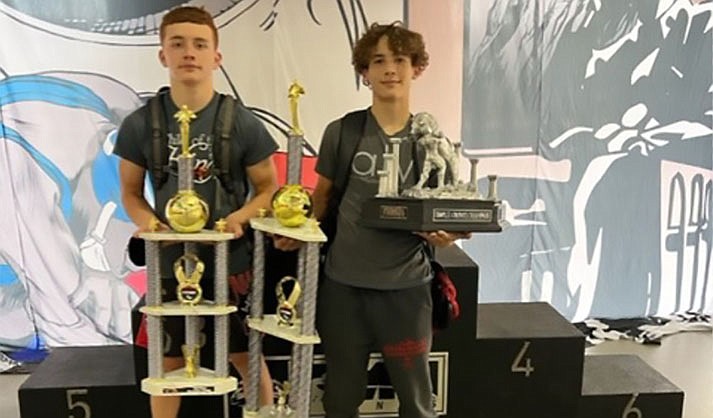 COTTONWOOD - Brody Townsend has had to face many tragedies in his life.

Watching his single father raise him and his siblings for many years has had a huge impact on his life. All the challenges that this type of situation presents, has encouraged Brody not to take life for granted, and to grab every opportunity that life has to offer.

It has taught him to take a chance in life. It has shown him how suddenly life can change and how fragile it really is. Life is precious, one must be thankful for what you have, and try and make the most of it.

This past weekend his wonderful supportive stepmother, Brandy, took Brody Townsend and his best friend Angel Casillas to participate in another Rocky Mountain Nationals event and face the greatest test of their careers. Townsend and Casillas set goals to win several National tournaments to earn a Triple Crown Award.

Every Triple Crown is hand crafted by a third generation museum sculptor.

Award eligibility requires the wrestler to be:

Brody Townsend took first place again in what is one of the nation’s toughest tournaments, accomplishing all the requirements to win the prestigious Triple Crown Award. Angel Casillas took second place losing a very close match 3-2. Just one point separated him from achieving his goal of obtaining a Triple Crown.