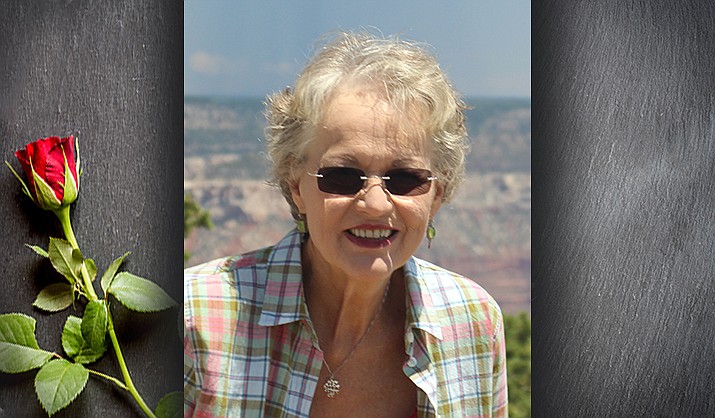 Zana Renae Dirksen, age 76, passed into the arms of her loving Heavenly Father with her husband and children by her bedside at her home in Clarkdale, Arizona on April 29, 2022.

She was lovingly and tenderly cared for through her battle with Alzheimer’s disease during the last six years of her life by Philip Dirksen, her husband and soulmate of 55 years.

Born Zana Renae Cox, she grew up in Southern California and later moved to Flagstaff, Arizona with her parents and four sisters, where she met and fell in love with Phil. They were married on June 18, 1966. She went on to support Phil through medical school, seminary, and his training to be a general surgeon, and then wholeheartedly joined him in their ultimate goal as Baptist medical missionaries, arriving in Zaire, Africa (now DR Congo) in 1981.

Zana was a doting wife and a tireless homemaker everywhere she and Phil traveled with their two children. She was a generous hostess to anyone fortunate enough to come through her door. She was endlessly creative, adventurous, and loved to laugh. Most of all, Zana loved Jesus Christ. Even in the last days of this disease that slowly robbed her brain, she would pray out loud, “Thank you, Jesus! Thank you, Jesus, that you are in control!” She could sing the words or hum the tune of any old hymn and the music continued to bring her joy until the end.


Zana is survived by her two children, Peter Dirksen and Andrea Lish.

Those who knew and loved her are so very thankful to God for sharing her with them, yet are also rejoicing with exceeding gladness to know she is warmly embraced in the presence of our Healer and our Great Physician, the Lord Jesus Christ in Heaven.

Memorial donations can be made to Pan-African Academy of Christian Surgeons… training His surgeons… caring for His people… sharing His love, at: PAACS, P.O. Box 735262, Dallas, Tx 75373-5262. Condolences may be conveyed at www.buelerfuneralhome.com.