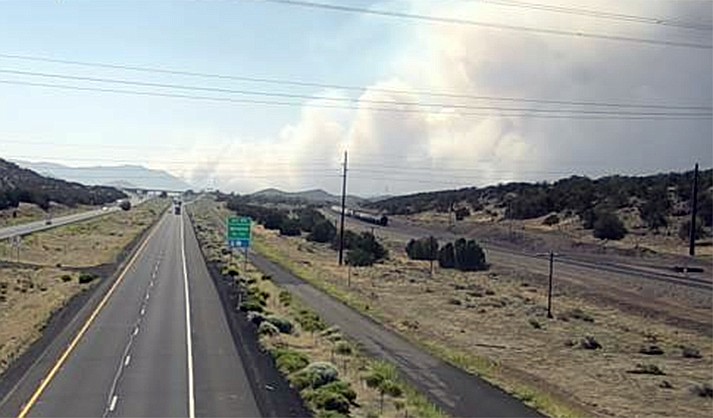 Named the Pipeline Fire, it was reported at 10:15 a.m. by a fire lookout. It spread in all directions. The areas of Schultz Pass Road at Snowbowl (Wupatki Trails, Girls Ranch and Fernwood) and Timberline were put on “go” status, and Coconino National Forest requested everyone in that area to leave. 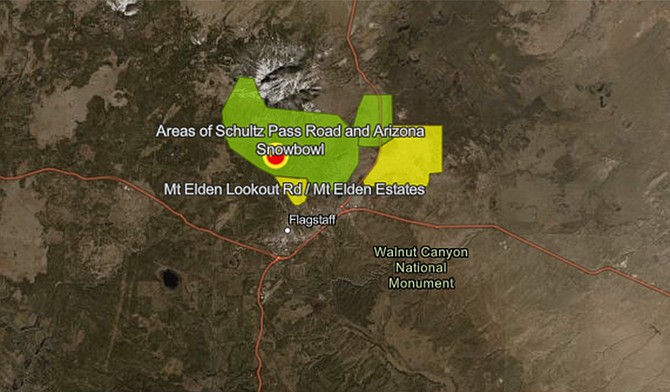 The area of Mt. Eldon Road is on “set” status as is Doney Park.

According to Arizona Department of Transportation, U.S. 89 is closed in both directions, with no estimated time to reopen.

By 8 p.m. Sunday, the fire was estimated at 4,000-5,000 acres and was pushed more than 15 miles by strong winds throughout the day. It is just southwest of the previous Tunnel Fire.

According to Coconino County Sheriff's Office, deputies fielded a call at 11 a.m. reporting a fire off Snowbowl Road and giving the description of a white pickup truck seen leaving the area of the fire. Deputies found and stopped the truck and detained the 57-year-old driver until federal law enforcement officers from the U.S. Forest Service arrived.

The USFS officers arrested the man and booked him into CCSO detention center on charges tied to natural resource violations.

Currently the Red Cross Shelter is located at:

• Animal Shelter is set up at Fort Tut-Hill

• For special circumstances, escorts to and from properties within the evacuated areas will be available from the East Valley Baptist Church at 10655 N. U.S. 89, Tonight until 9:30pm and beginning again on Monday, June 13, at 9 a.m.