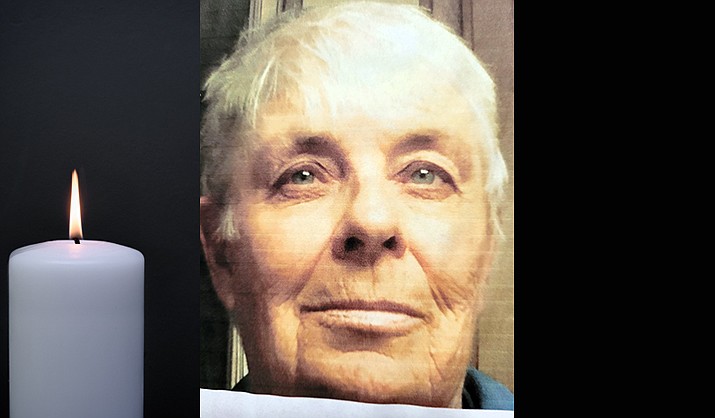 Marjory Vin Williams, 81, of Cornville, Arizona, unexpectedly passed on May 12, 2022 at Banner/University Hospital in Phoenix, Arizona, following an aortic valve replacement procedure. She had been suffering from serious heart issues for several months.

Marjory was born on February 12, 1941 at the Sisters of Mercy Hospital in Prescott, Arizona. She attended Lincoln School, Prescott Junior High School and graduated in 1959 from Prescott High School. She also attended the University of Arizona for two years.

Marjory is survived by son Paul Vaughan, brother Bob Williams, cousin Marsha (David) Jennings, and nephew and nieces Mark (Susie) Williams, Pamela Williams, Terri Baley, Gaye (Reggie) Lewis and Penny Burney. She is predeceased by her parents Robert and Lucille Williams, sister Colleen Burney and niece Judy Rye. Marjory worked for 32 years for the State of Arizona Department of Security Department DDD division as a patient advocate for mentally and physically challenged adults before retiring in 2005. She worked diligently with great compassion for all her clients.

In 2005 she moved to Crown King, Arizona, then on to Oak Creek Valley in Cornville next to her beloved Oak Creek. She also purchased and refurbished a beach home with Bob and Liz Bolin in Rocky Point Mexico. One of her true joys was entertaining her many friends and family at both homes. But, her true passion in life was gardening at both homes. She planted and attended to innumerable plants, bushes and trees in each location. She also has a soft heart for those in need and made friends wherever she went. She will be missed dearly by so many.

Plans for a Celebration of Life for Marjory are in the planning stages and will be announced at a later date.

Details provided by the family.