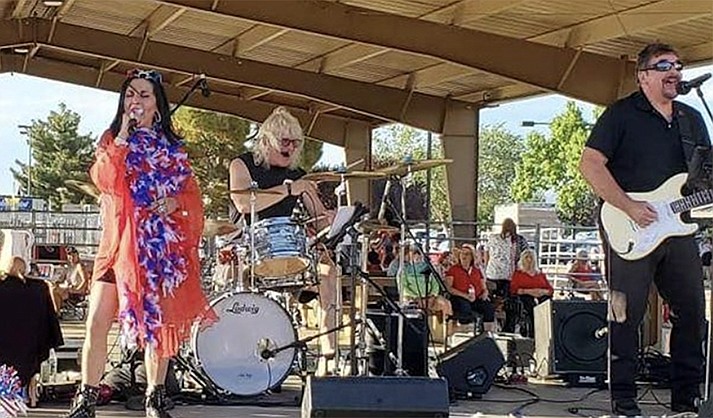 This band is serious about making music that gets people out of their chairs, up and dancing.

Rock solid, this band hits the high notes and brings new energy into songs classic rock lovers dig so much.

Led by lead singer Lucy Hill, the band rocks through dance, funk, rock, pop and R&B tunes, laying down the beat one needs to get down.

Joined by Joe Serrato on guitar, Dru on the bass, and Scott Henderson on drums, the band melds into a high-energy musical entertainment machine.

This four-piece band plays contemporary versions of rock standards, taking them to unfamiliar new heights as they jam out into the stratosphere.

Their live performances are impeccable, and their coverage of classics is unique and inspiring.

What makes this band stand out are the sharp harmonies that ring over the music, so one can hear every word of the songs as they were intended to be listened to.

The band exhibits excellent volume control and can shift from a whisper to all-out-load hard rock in an instant.

Sound Bites Grill is located at the Shops at Pinon Point adjacent to the Hyatt in Sedona. For more information please visit SoundBitesGrill.com or call 928 282 2714. Tickets can be purchased via Website.