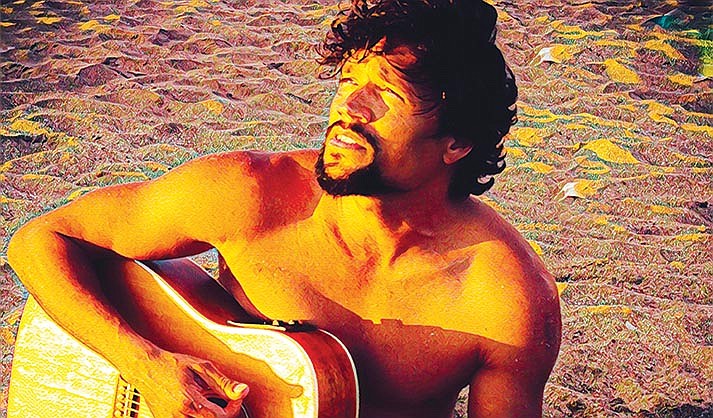 Näthan Gangadean, known locally and musically as Saith, is celebrating the release of his new album at Club 89 inside 89 Steakhouse in Sedona on June 24 from 7 to 10 p.m.

“This is big for me,” said Gangadean. “It’s been 11 years since my last album release. Even so, I have been on a mission to do this album ever since I finished the last one.”

The new album is titled “In the New Day Sun,” and digital copies in the form of USB drives fashioned after old cassette tapes will be available for purchase to release-event attendees.

“There’s a retro feel to this production,” said Gangadean. “And I wanted to offer it in a way that embraces the modern digital format but also has the warmth of the old analog releases.”

In the future, the album will be available across digital music platforms, but those who attend the release event will get early access. 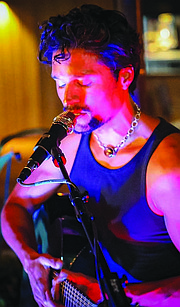 “In the New Day Sun” is comprised mostly of original music that Gangadean has been performing for years. It is a collection of some of his most treasured tracks. “These songs are anthems of love for humanity and for our planet,” he said. “The album came together with a spirit of hope and love.” Gangadean used a GoFundMe campaign to help raise money to cover the costs of production.

“The degree of support I received was overwhelming,” he said.

“Part of what I’ve had to overcome as an artist is the pressure to be current.”

He is aware that some may think the songs compiled in this album are a bit old-fashioned.

“But I feel like these songs come from a time before it was uncool to just be happy,” said Gangadean. “There’s an innocence to the song writing and a nostalgic feel to them. These songs have an honesty and purity about them.”

In additional to providing the vocals, for most of the album Gangadean also played all of the instruments including acoustic and electric guitars, electric bass, piano, drums, percussion and cajon. The album also features drummer Eddie Barattini and lead guitarist Valerie Romanoff on select tracks.

“I really want this to be a truly celebratory moment,” Gangadean said of the release event. “There’s been so much anxiety in the world lately. We can’t ignore the bad stuff going on around us but I feel this music gives us a way to tune in to the idea that everything is going to be all right. It’s like a much needed hug. This is a come-together album, and that’s exactly how I want the release event to be.”

Tickets for the release party are $20 per person in advance and $25 at the door. That includes access to Club 89 and complimentary foods provided by 89 Steakhouse. Tickets may be purchased in advance at saithmusic.ticketleap.com.

Cindy Cole is a freelancer for the Independent. She is a writer, editor, photographer and artist. Reach her at cindycole@live.com.