‘The Klute’ features at the Sedona Poetry Slam on March 5 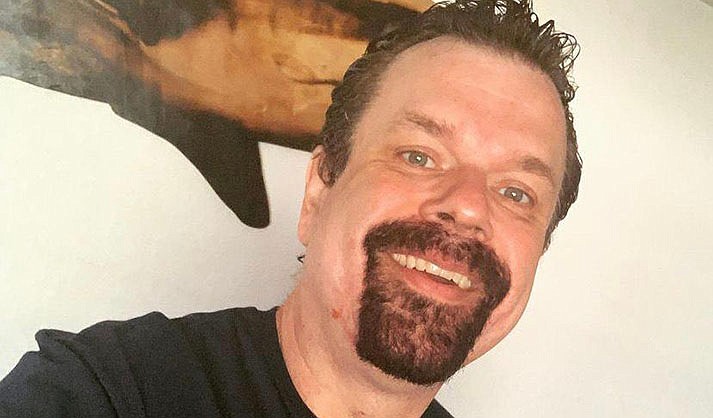 With the fourth poetry slam of the season just around the corner, the Sedona Poetry Slam proudly welcomes Arizona slam poetry icon Bernard “The Klute” Schober to the stage on Saturday, March 5.

Performance poets will bring high-energy, competitive spoken word to the Mary D. Fisher Theatre starting at 7:30 p.m. with The Klute performing between rounds.

The author of four published works “Kluteocrypha,” “Chumming the Waters,” “High-Concept Sci-Fi Horror Mashup!” and “Cap’n Klute’s Ocean Almanac,” he also manages the YouTube Channel “The Undersea World of the Klute,” bringing his poetic take to marine and shark conservation shorts with footage he has filmed from around the world, from the deep Indian Ocean depths of the South African coast, to the shrinking, climate-imperiled islands of the Maldives, to the sunny waters of Philippine Sea. Even tempered by the oceans, his political scalpel remains as sharp as ever, and with a target-rich environment such as today’s, no one is spared.

What does Megalodon thinks about extinction? Want to know the epic quest that all hammerhead sharks take? What do great white sharks think about Discovery Channel cameramen? Find out about all this and more at Sedona, on March 5 at the Mary D. Fisher Theatre!

Slam poetry is an art form that allows written page poets to share their work alongside theatrical performers, hip-hop artists and lyricists. Poets come from as far away as Phoenix, Tucson and Flagstaff, competing against adult poets from Sedona and Cottonwood, college poets from Northern Arizona University and youth poets from Sedona Red Rock High School. All types of poetry are welcome on the stage, from street-wise hip-hop and narrative performance poems, to political rants and introspective confessionals. Any poem is a “slam” poem if performed in a competition. All poets get three minutes per round to entertain and inspire the audience with their creativity.

The upcoming poetry slams of the season will be held Saturdays, April 23, and May 14.