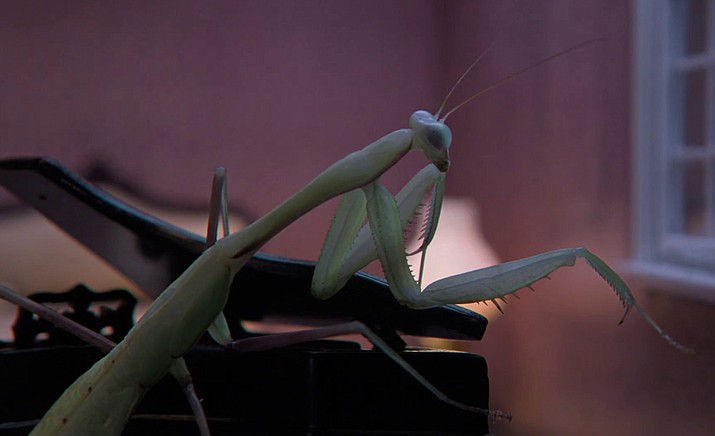 Mad Mieter, a German film, is among the selection from the Ann Arbor Film Festival. (Courtesy SIFF)

Established in 1963, the Ann Arbor Film Festival is the longest-running independent and experimental film festival in North America. The festival is a pioneer of the traveling film festival concept, having launched an annual tour program in 1964. The AAFF selects films from the past year’s festival to screen in art house theaters, museums, universities, cinematheques and media art centers.

The selection of short films includes award-winners from the most recent Ann Arbor Film Festival. All filmmakers participating on the tour are paid to screen their work, providing direct support to these independent artists.

In the 3D animated film “Mad Mieter”, the protagonist is a lonely praying mantis living in a bourgeois furnished apartment, where it comes to a cruel end after an initially delicate approach.

My mother’s dreams have always been strong premonitions for important moments in my life. I rely on her dreams more than any religion.

A postmodern Swiss-Tyrolean ensemble ventures into remote mountainous regions, embracing the sonorous variety of local vernaculars. A poetic road movie with stunning shots and an emphatic approach to a new alpine aesthetics.

• 13 (Japan) Ken Burns Award for Best of the Festival

Shot using continued interval shooting & multiple exposures of the setting sun from the same position & angle on 16mm film. No digital copy-paste—the sun that appears was shot on film.

Rising from the sea monster of death, a young woman’s ghost leads her grieving sister through the heart of darkness in search of light.

Young Danni isn’t like the other girls in town. She’d rather be watching drag races down at the airport or tearing about behind the wheel of her brother’s car, Lynyrd Skynyrd tunes blasting on the stereo. She dreams of hitting the road and showing everyone what she can do.

The Queen of Dots is also a queen of Instagram and Tumblr.

• Primavera (USA): Founder’s Spirit Award frenetic experimental animation that documents the pandemic and the BLM protests as they intersect in springtime Brooklyn. Exploring imposed distance on touch and intimacy.

Ann Arbor Film Festival PROGRAM A will show Tuesday, March 22 at 4 and 7 p.m.

What if we watched our dreams the way we watched TV? Natalia Rocafuerte guides you through her dream from September 2020 through found footage, home movies, and lo-fi video.

A city of brick, tin, and board, rent by internal tectonics and sliding into the sea.

Several years ago I immigrated to Germany. Here, I live in a small old house, which urgently needs modernization and that theoretically protects me from wind, rain, and cold.

The file card of an anonymous autopsy report documents violent attacks as the “cause of death.” Five miniature vignettes constructed to the rhythm of spoken word poetry by Napo Masheane,

Reflections of clouds in the water, a woman emerges from a puddle, a man waits, hesitates on the edge of a vacant lot. Characters appear and seem to search for their way. Do they seek to recognize a place they have already crossed?

This ethnographic excursion is a feast for the eyes paced by the quotidian chorus of sounds in a Chiapan village.

“Silver Femme” is a digital ode to the moon; a poetic film that envisions a future and space where trans people are safe.

Ann Arbor Film Festival PROGRAM A will show Wednesday, March 23 at 4 and 7 p.m.

Tickets are $12, or $9 for Film Festival members. For tickets and more information, please call 928-282-1177. Both the theater and film festival office are located at 2030 W. 89A, in West Sedona. For more information, visit SedonaFilmFestival.org.