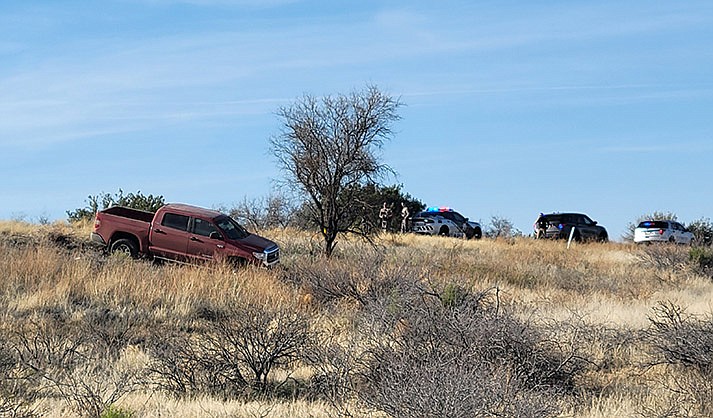 YAVAPAI COUNTY - An alleged bank robbery and vehicle theft in Prescott ended in a crash near Camp Verde Friday afternoon.

Jack Taylor Kettles, 24, of Prescott is accused of robbing a bank before taking law enforcement on a wide-ranging pursuit.

According to Prescott Police, a suspect walked into Amtrust Bank, 3027 Dollar Mark Way, and gave the teller a note demanding money. Prescott Police were alerted to the reported robbery at 1:23 p.m. The suspect walked out with an undisclosed amount of money and left in what was described by police as a waiting taxi.

According to the police report, the suspect was driven to York Motors on Prescott Lakes Parkway. There, the man told a salesman he wanted to take a test drive in a 2014 Toyota Tundra. He drove off in the truck and did not return.

At 3:30 p.m., a Yavapai County Sheriff’s deputy came across a Tundra matching the description of the stolen vehicle heading east on State Route 169. The deputy and state troopers gave chase, a drive that took them onto northbound Interstate 17. The Tundra reportedly left the highway just north of General Crook Trail at Camp Verde.

Kettles was arrested at the scene of the crash and booked “on several serious felony crimes” in the Yavapai County Jail.