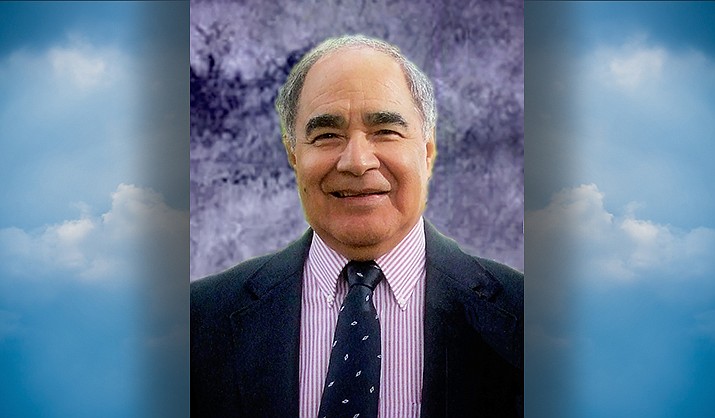 Manny retired from Coconino County in 1995 after 26 years of dedicated service as an appraiser for the assessor's office, before moving to Cottonwood.


He was born in Williams, Arizona, August 14, 1939, to Celia and Ernesto Lugo, attended Williams schools, graduating in 1958. Manny volunteered for Sunshine Rescue Mission and later when he retired he volunteered for the Old Town Mission in Cottonwood for many years.

He was a loving and giving person, and was recognized for service with the Unsung Hero award October 20, 2010. He was the "sound man" for the Calvary Chapel worship team for many years, making the pastor and the music sound very good.


He is survived by his wife Mary Ellen, his sister Lydia and her husband James, his children Tracy Lugo of Washington, Rod Lugo, and Renee Kirwan of Las Vegas, Jay Shelton of Lake Tahoe and Laura of Cottonwood, nine grandchildren and eight great-grandchildren and several nieces and nephews.

He was preceded in death by bros. Raymond, Ernest, Tony, Paul, Danny and Richard and sisters, Esther, Carmen, Sally, Andrea, and son Randy.


Services will be held May 3 at 12 p.m., at Norvel Owens Mortuary with internment at Citizen's Cemetery.