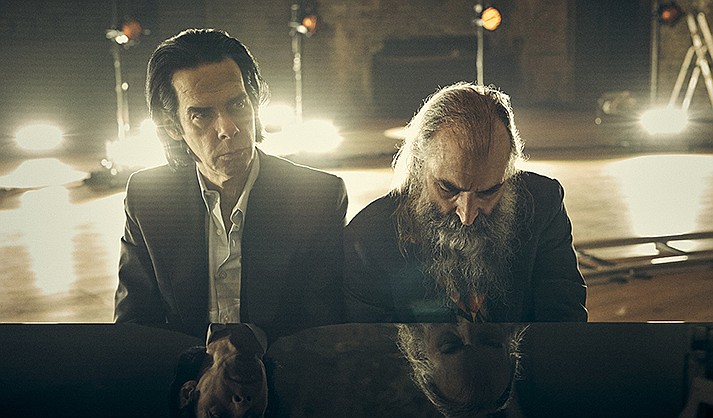 The Sedona International Film Festival is proud to join cinemas around the globe for a worldwide theatrical premiere of “This Much I Know to be True” showing Wednesday, May 11, at 4 and 7 p.m. at the Mary D. Fisher Theatre.

Shot on location in London & Brighton, Andrew Dominik’s new feature documentary “This Much I Know to be True” captures Nick Cave and Warren Ellis’ exceptional creative relationship as they bring to life the songs from their last two studio albums, Ghosteen (Nick Cave & the Bad Seeds) and Carnage (Nick Cave & Warren Ellis).

In this document of their first ever performances of these albums, filmed in spring 2021 ahead of their UK tour, we see the two — accompanied by singers and string quartet — as they nurture each song into existence. The film features a special appearance by close friend and long-term collaborator, Marianne Faithfull.

Shot in color by Andrew Dominik and with cinematography by Robbie Ryan, “This Much I Know to be True” reaches into the deep friendship and personal relationship between Nick Cave and Warren Ellis, something glimpsed in the 2014 Cave pseudo-documentary, “20,000 Days on Earth.”

Tickets are $15, or $12.50 for Film Festival members. For tickets and more information, please call 928-282-1177. Both the theatre and film festival office are located at 2030 W. 89A, in West Sedona. For more information, visit SedonaFilmFestival.org.