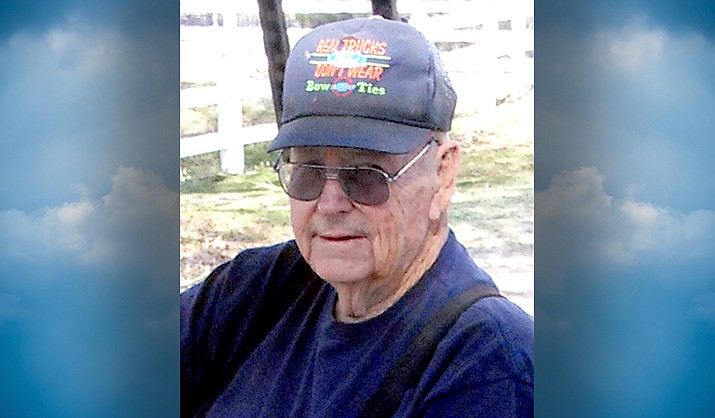 Bob was raised in Glendale, Arizona. He was a member of The Church of Jesus Christ of Latter-day Saints and proudly served as a Scout Master in his early years. At an early age Bob worked on his grandparents’ dairy in Laveen, Arizona. He drove a milk truck, worked for Arizona sand and rock and several other trucking companies over the years. He drove tow truck for his father’s service station. He developed Arizona Paint and Body Shop in Phoenix and retired to live in Camp Verde full time. He drove a school bus for the Camp Verde School District for many years.


Bob enjoyed life to the fullest through years of professional race car driving and set a world record by thoroughly being a daredevil. He played a role in a movie called “Heaven’s Gate” and spent a lot of time with some very famous movie stars. He enjoyed being a member of many community clubs, to list a few, Central Arizona Modelers club, AMRA Arizona Midget Racing Association, Central Arizona Antique Car Club, Phoenix Jaycees, AGBA Poultry Club, and Rooster Booster Poultry Club. He enjoyed family get-togethers, long country drives, model airplane flying, dancing to good country music, watching the races, and a good wrestling match, and shooting the breeze every chance he could.

He was well known for his sense of humor, quick wit, great stories and endless jokes. Bob never met a stranger; he had more best friends than I can list.

A limb has fallen from the family tree that says, “Grieve not for me. Remember the BEST TIMES, the laughter, the song the good life I lived while I was strong.”

Services will be held at The Church of Jesus Christ of Latter-day Saints Camp Verde Chapel, church in Camp Verde, A 360 S 6th St, Camp Verde, Arizona on May 5, 2022 at 11:00 a.m. A luncheon and burial will follow.