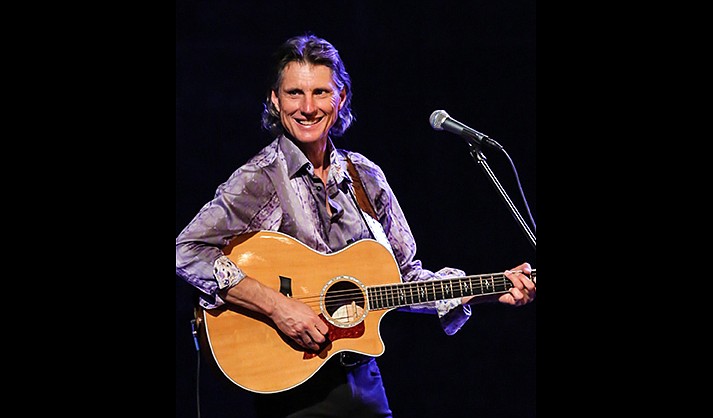 William Florian is a former member of the 1960s group The New Christy Minstrels.

Celebrate the spirit, songs and stories of Neil Diamond when singer/songwriter and entertainer William Florian brings his live show and concert “The Neil Diamond Story” to Sedona.

Florian is a former member of the famous 1960s group The New Christy Minstrels. There will be one performance on Sunday, May 15 at 7 p.m. at the Mary D. Fisher Theatre, presented by the Sedona International Film Festival.

Florian weaves stories, songs, and humor from Neil Diamond’s early acoustic years honoring the life and achievements of this legendary minstrel. You will find yourself singing along as William performs Diamond’s most celebrated songs – Song Sung Blue, Sweet Caroline, Play Me, Cherry Cherry, Holly Holy, Solitary Man and many more.

It will prove to be a memorable night with the music of Neil Diamond presented with amusing stories in an intimate performance.

Florian is the perfect combination of musician and storyteller, blending a reminiscent sound with humor and tales of his own musical explorations.

He grew up in the small town of Canton, Connecticut, and started playing the guitar at the age of 11 after seeing the Beatles on the Ed Sullivan show. Later — at the age of 22 while visiting Hollywood — he barged in on the famed band The New Christy Minstrels’ management with his sister Nanette and asked to join. They would, eventually. His road to fame is as much a lyrical journey as the folk songs he plays.

And this type of wandering is exactly how Florian will entertain during “The Neil Diamond Story,” an evening of music and stories.

“There is a lot of power behind the meanings of these songs,” said Florian. “They continue to be relevant today, but they also bring you back to a specific time in your life. They bring up feelings and memories that make you smile.”

“The Neil Diamond Story” will be performed live on Sunday, May 15 at 7 p.m. Tickets are $20 in advance and $25 at the door. All tickets include a meet-and-greet with William Florian in the lobby after the show.

Visit SedonaFilmFestival.org for tickets and performance information or call 928-282-1177. Both the Sedona International Film Festival Office and the Mary D. Fisher Theatre are located at 2030 W. 89A in West Sedona.