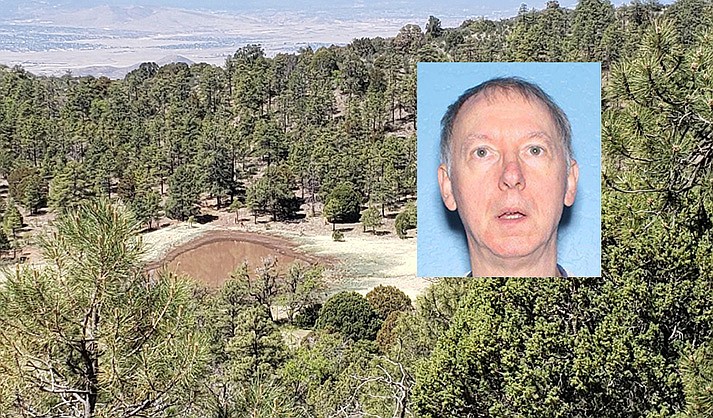 The body of Donald Hayes were recovered on Mingus Mountain Wednesday afternoon, May 18, 2022. (YCSO)

MINGUS MOUNTAIN – A Prescott Valley man who went missing Friday after going for a hike on Mingus Mountain has been found deceased, according to Yavapai County Sheriff’s Office.

The YCSO’s Search & Rescue teams discovered Donald Hayes, 74, “in a rugged area that had been difficult for searchers to reach,” YCSO stated in public information about the incident. Searchers reached that area Wednesday afternoon and found Hayes’ body.

Hayes last was seen alive at the Woodchute trailhead with his dog Ranger on Friday morning. Hayes contacted YCSO Forest Patrol Friday afternoon to tell them he was lost. According to YCSO, the patrol told him to stay where he was while a rescue unit was on its way, but Hayes decided against the advice and tried to find his way out of the forest.

YCSO stated the dog remained with Hayes’ body. A veterinarian, who had volunteered on the search, checked out Ranger, who was then taken to an animal hospital for treatment.

“Our searchers utilized every tool at their disposal to find Mr. Hayes and never gave up,” Sheriff David Rhodes said in a statement in thanking all the volunteers and staff. “Our condolences go out to Mr. Hayes’ family, and we wish the outcome could have been different.”