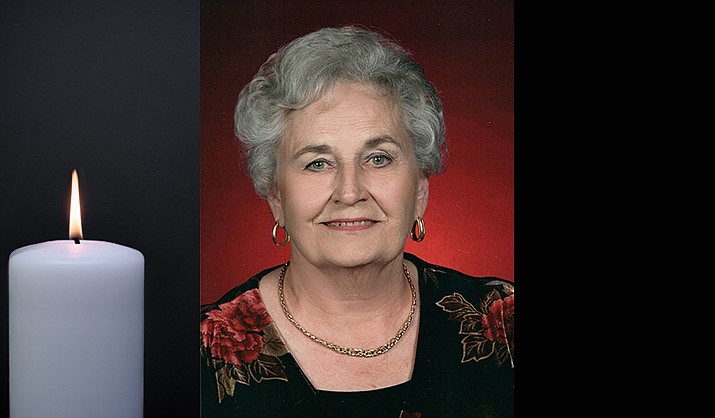 Our blessed Lord took Kathaleen Waddle home on May 12, 2022 at the age of 93. She was born Kathaleen Louise Steinmetz on February 6, 1929 in Hutchinson, Kansas.

She married and is survived by, her high school sweetheart, Donald W. Dean in 1949. They lived many good memories in their 25 years together.


Kathaleen lived in Hutchinson 53 years, until she met Wayne Waddle of Cottonwood, Arizona. She and Wayne shared the families they brought together and a love of motorhome travel. They were married for 26 years before his passing.

She was raised a Christian and was a Deaconess at Verde Baptist Church in Cottonwood. Kathaleen loved the Lord and she received many of his blessings. Some of her favorite activities were gardening, tole painting, and cooking delicious meals. The thing she enjoyed most was her family and gathering with them.

Kathaleen was a very strong woman, who lived through dementia as a kind and loving person until her departure. Missed but remembered in our lives and forever in our hearts.


Thanks to Aviant Hospice and Cottonwood Village.