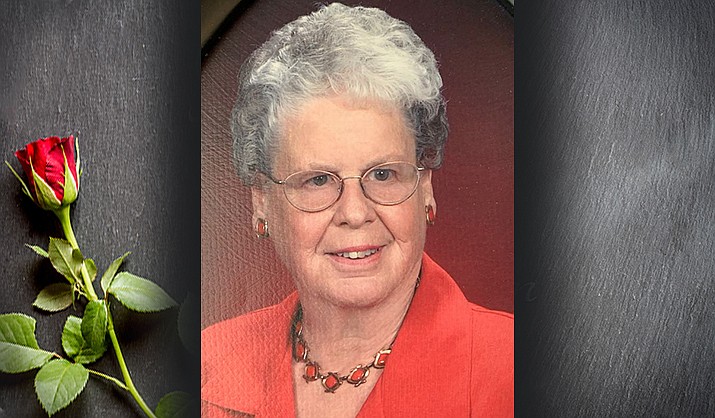 Wilma married Charles Robert (Bob) Sterrett, also of rural Kansas. The family left Kansas and moved to Cottonwood, Arizona, in 1959. Wilma worked for the Verde Lee Dairy, Zekes Riverside Market and retired from First Interstate Bank. After retirement she and Bob traveled extensively, seeing the majority of the United States. Their two trips to Alaska were the highlight of their travels. Wilma was preceded in death by her husband, Bob, and one brother DeWayne from Kansas and an older sister, La Moine, also of Kansas.


A service for family and friends will be held June 4th at 11:00 a.m., at All Souls Cemetery. It is requested that those in attendance wear something red which was Wilma’s favorite color. A special Thank-You to the excellent care that was provided Wilma by the staff at Generations Senior Living and Maggie’s Hospice. In lieu of flowers, please make donations to Maggie’s Hospice in Wilma’s name.