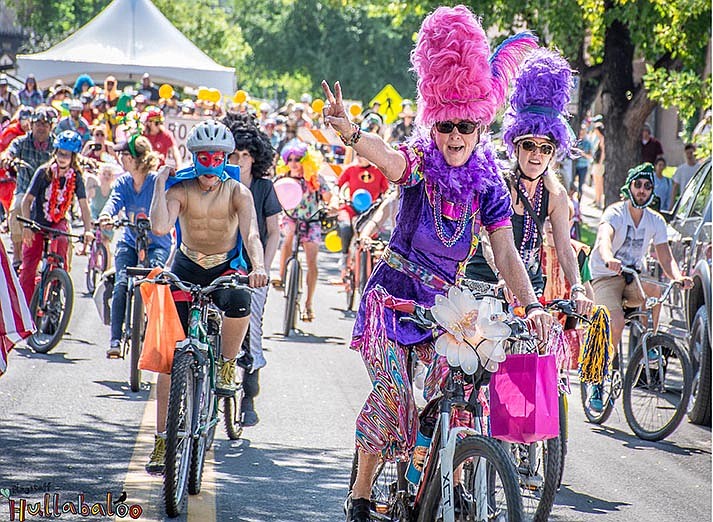 The Hullabaloo will kick off with the Flagstaff Athletic Club Bike Parade which stages at 9 a.m. at City Hall Solar Lot and departs at 9:30 a.m. on Saturday, June 4. Joy Cone is sponsoring the kids’ area, and there will also be bungee trampolines, face painting, live art and much more.

Circus Americana will be performing throughout the weekend and Prescott-based Living Folklore will provide giant puppets, stilt-walkers, clowns and children’s parades. The Waste Management Stage will feature Ballet Folklorico de Colores, Wantanara Drum & Dance, Theatrikids and Suzuki Strings. Flagstaff’s Lumberyard Brewing and Phoenix’s Four Peaks are the official beer sponsors, while Canyon Diablo Distillery and Cutwater Spirits are the official liquor sponsors and great food will be available from some of Arizona’s best local restaurants and food trucks.  There will be costume contests hosted by Bookmans with great prizes going to the winners.

The festival is open to all ages. The event is free to the first 250 people with two cans of food to benefit Flagstaff Family Food Center and $15 thereafter. Advanced tickets are on sale now and available for only $12. VIP tickets are available ($160 two-day pass/$100 Saturday/ $75 Sunday) and include a private entrance, a wonderful tented area with seating and a great view of the stage, four drink tokens per day, tastings from Biffs Bagels, Twin Arrows, Karma Sushi and many more, a VIP bar, on-site masseuses, and VIP bathrooms.

For more information check out www.flaghulla.com or contact Matthew Ziegler zmattyz@gmail.com or 928-853-4292